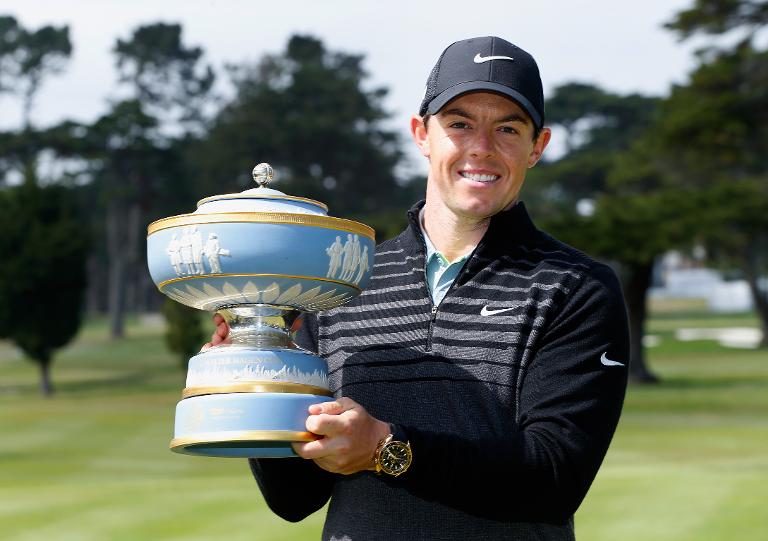 World number one Rory McIlroy added the WGC World Match Play Championship to his four majors with a 4&2 victory over US journeyman Gary Woodland in the final.

Northern Irishman McIlroy, who turns 26 on Monday, was playing in his second WGC Match Play final, having lost to Hunter Mahan in the 2012 championship contest.

McIlroy was a perfect 7-0 in the first year of the event’s new format featuring three rounds of pool play, followed by knockout rounds.

But he had to rally for several of those victories — including a comeback from 2-down with two to play to fend off elimination on Friday — and late rallies in both the quarter- and semi-finals.

“I’m really proud of myself with how I showed a lot of character early on with coming back from deficits,” said McIlroy, who became the first number one seed to win the tournament since Tiger Woods in 2008.

“I played really solid golf. My second WGC and first win in the States this year. I couldn’t be happier.”

McIlroy took control early against Woodland, notching four birdies in a row from the fourth hole to take a commanding lead.

Woodland took the 11th and 12th, but missed a four-footer at 13 that would have gotten him within 1-down.

“My putt drops on 13 and it’s a different ball game,” Woodland said.

“But I missed that one. And he was like a shark. Smelled blood, and it was game over quickly.”

Woodland bogeyed the 14th to slide 3-down. He conceded the match on 16 after missing a birdie chip.

It was a markedly easier victory than the grandstand finish McIlroy needed to get past Furyk 1-up in the semi-finals at Harding Park.

McIlroy was trailing by one hole at the 16th after a roller-coaster of a match when he hit his tee-shot to within four feet for birdie at the par-three 17th.

He then drained a 44-foot eagle putt at the last to stun the veteran American.

Woodland also hit back to defeat England’s Willett 3&2 in a semi-final no-one expected.

McIlroy, who claimed his second tournament win of the year after the Dubai Desert Classic in late January, admitted after his semi-final win that he could do without the late-match dramatics.

“I wish I didn’t have to finish like that all the time,” he said.

McIlroy needed 22 holes, and a Sunday morning finish, to beat England’s Paul Casey in the quarter-finals.

He finished off the match with a birdie at the par-five first hole.

Minutes later, McIlroy again birdied the opening hole, but saw Furyk hole from 15 feet for a half, before a par on the third was enough for McIlroy to take the lead in the semi-final.

That was shortlived as McIlroy bogeyed the fourth, but the four-time major winner reclaimed the lead thanks to a birdie on the fifth and looked like moving further ahead when he chipped in from short of the green on the seventh.

However, Furyk followed McIlroy in from 20 feet there and also birdied the eighth, while a par was good enough to move one up at the ninth as McIlroy failed to get up and down from a greenside bunker.

McIlroy won the 11th and 12th to go back ahead, but he could not hold on to his lead once again as Furyk took the 13th and 15th to edge into the lead.

The American had victory in his sights only for McIlroy to snatch it away from him with two outstanding holes of golf.