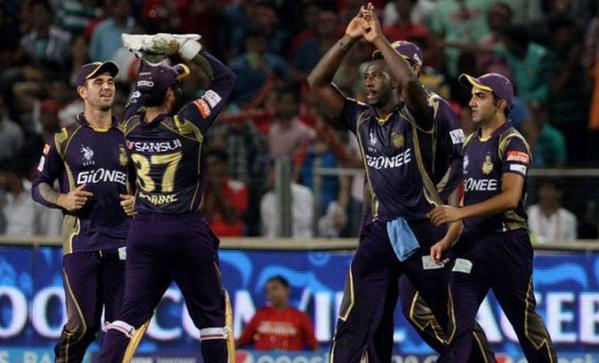 Kolkata Knight Riders will have the psychological edge over Sunrisers Hyderabad but the defending champions will be wary of the visiting side’s resurgence when they clash in an IPL cricket match at the Eden Gardens here tomorrow.Â

Posting three wins in four games, including one against KKR in a rain-marred encounter in the first leg, the Orange Army have jumped to fifth behind the Purple Brigade with one match in hand.Â

It’s been a mixed bag for KKR, on the other hand, as they are still striving to be consistent in the backdrop of a controversy surrounding Sunil Narine’s bowling action as they have slipped to fourth place.Â

Both the teams land here having played yesterday. While KKR lost in Bangalore defending 112 from 10 overs in a last over finish, SRH handed Chennai Super Kings a second successive thrashing in their first match in Hyderabad this season.Â

When they take the field, KKR will be aware they have a psychological edge over SRH, having defeated them thrice in five meetings but on form the Hyderabad outfit will be ahead.Â

On the field, it will boil down to a battle between their batting firepower led by David Warner against the KKR bowlers, especially the slower ones who would look to revel in home conditions.Â

Much of their success is attributed to David Warner who has led from the front after being named skipper ahead of the season.Â

The explosive opener has been in sublime form with five half-centuries in eight matches, and four of them in winning causes as he boasts of the maximum 50s (21) in IPL.Â

Warner’s 91 from 64 balls in their first leg fixture had given SRH a 16-run victory in the first leg and KKR can consider half the battle won if they get the left-hander cheaply.