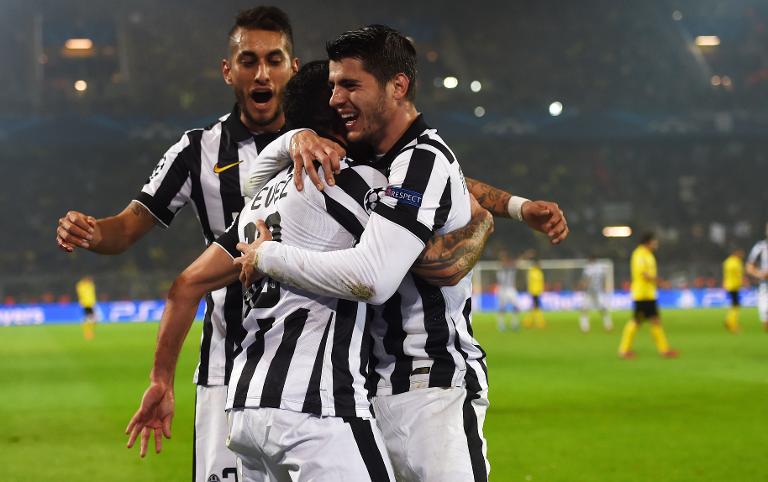 Former Real Madrid striker Alvaro Morata believes Juventus can put their comparatively poor Champions League record behind them and squeeze past the record 10-time winners and into this year’s final.

Juventus host Real in Turin on Tuesday in the first leg of a semi-final that is likely to confirm, or dispel the theory the Italians are the weakest side in the competition.

On paper, Real are already streets ahead.

While Real swept city rivals Atletico aside 4-1 to claim their 10th crown last year, Juventus were ousted from the semi-finals of the Europa League by Benfica having failed to make it past the Champions League group stages.

Indeed, the last time Juve claimed the last of their two trophies from the competition was in 1996, when they ousted Real in the quarter-finals before dominating Ajax in the final after a penalty shoot-out.

Despite Juventus also losing five finals, the gulf between the sides in terms of trophies remains immense but Madrid-born Morata said Juventus’s belief they can go all the way remains intact.

“The fact Juventus haven’t won the Champions League in a long time doesn’t count for anything.

“We’re in contention right now and we’re totally focused on the job,” said Morata, who switched the Bernabeu stadium for Turin last year despite being given increased playing time by former coach Carlo Ancelotti.

“We want to win the title. We’re in the semi-finals and we’ve already shown we’re among the four best sides in Europe. Let’s hope we make it to the final two.”

It has been yet another successful season for the Italian giants, who have secured their fourth consecutive Serie A crown with four games to spare and will face Lazio in the June 7 Italian Cup final.

Coach Massimiliano Allegri was quick to bring his players back to earth after their celebrations following a 1-0 win at Sampdoria on Saturday.

But the 48-year-old also stressed that the opportunity to defy the competition’s most successful side is there to be seized.

“On Tuesday we’re up against a formidable side with really good players to whom you can’t give an inch,” said Allegri.

“But this tie will be played over 180 minutes and we have to fully realise the chance we have to make it to the final.”

Real, who had Cristiano Ronaldo’s 29th hat-trick to thank for a 3-2 win over Sevilla at the weekend, could become the first side since AC Milan in 1990 to defend the European title.

But recent injury absences mean Ancelotti could be forced into some reshuffling.

Attacking midfielder Luka Modric remains sidelined with knee ligament damage and while Karim Benzema (knee) only returned to training on Sunday, there was good news with Gareth Bale returning from a calf problem that allowed him to play the final half hour against Sevilla.

Bale’s return to the starting line-up could see Javier Hernandez dropped and Ronaldo playing more as a centre-forward with James Rodriguez and Bale on either side.

Due to Benzema and Bale’s recent absences, Ancelotti has used defender Sergio Ramos in midfield — a ploy that has worked to good effect and could be repeated on Tuesday.

Mexican international Hernandez said Juventus are not taking the Italians for granted, but admits he is desperate to match the achievement of Morata — who won the Champions League with Real last year — in claiming a winners’ medal this time around.

“We need to go step-by-step because Berlin (the venue for the final) is still a long way off. We know that Juventus will be a very difficult opponent and we will do our best to make it to the final,” said Hernandez.

“I have played in the Champions League for five years and got to a final which, unfortunately, I couldn’t win (United v Barcelona in 2011).

“To lift that trophy is something that every footballer dreams of, but all that we are thinking about now is Juventus.”