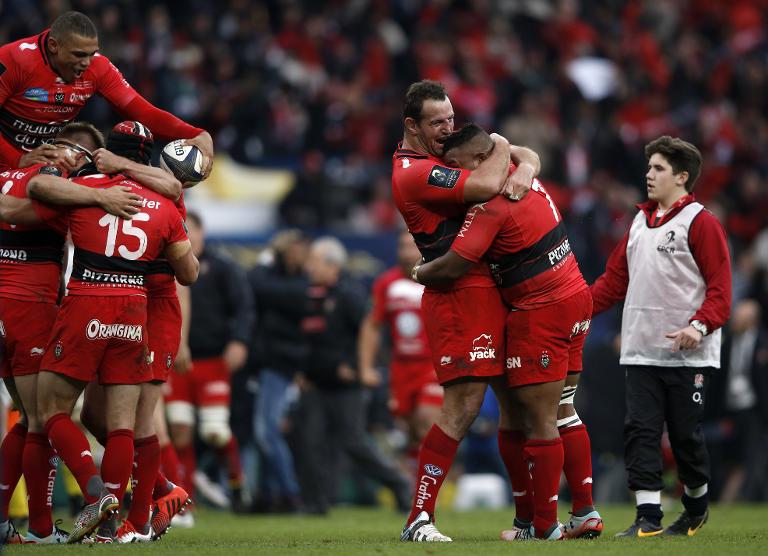 Carl Hayman has hit out at the “political decisions” that could end up barring Steffon Armitage from England duty at this year’s World Cup.

Former All Blacks prop Hayman led a Toulon side featuring loose forward Armitage to an unprecedented third successive European title as they beat French rivals Clermont 24-18 in a thrilling Twickenham final on Saturday.

Armitage is the reigning European Player of the Year and is also on this season’s shortlist.

Yet with England refusing to select overseas-based players, save in “exceptional circumstances”, he appears destined to miss out on a home World Cup.

New Zealand are the only major rugby nation to still enforce a similarly strict selection policy, with Australia having recently softened their stance.

Missing out on Test duty because of being based abroad is something Hayman knows all about, having effectively scuppered his chances of playing in the 2011 World Cup in New Zealand by joining Toulon from English Premiership side Newcastle a year earlier.

And he believes England will be missing a trick if Armitage is omitted from their World Cup squad.

“I think Steffon Armitage definitely deserves to go to the World Cup this year with England,” Hayman said.

“He was European Player of the Year last year and he’s made the shortlist again this year.

Hayman said rugby union chiefs had to accept there would be greater movement of players in the professional era and that it was wrong to restrict club choices with the threat of exclusion from Test matches.

“The sooner that rugby gets to grips with the fact it’s a professional game and players move around the better for everyone,” said Hayman.

“Players would then have more choice to play where they want, which they ought to have.

“Players shouldn’t be restricted by not being able to move countries because they won’t get selected for their national team.

“Those kinds of decisions restrict player movement, and I don’t think that should happen.

“Players should be able to come and go to whichever country they like, and still be available for their national team.”

Meanwhile Argentina flanker Juan Martin Fernandez Lobbe, who plays alongside Armitage at Toulon, said: “I’ve had the chance to play beside him in the back-row and he’s an amazing player; work-rate, the way he trains the way he’s been working his socks off to be the fittest guy ever. And he’s been amazing on the pitch.

Australia’s relaxation of their eligibility rules means overseas-based players with 60 or more caps will now be considered for Tests, meaning Toulon backs Matt Giteau and Drew Mitchell could yet find themselves in the Wallabies’ squad at the World Cup.