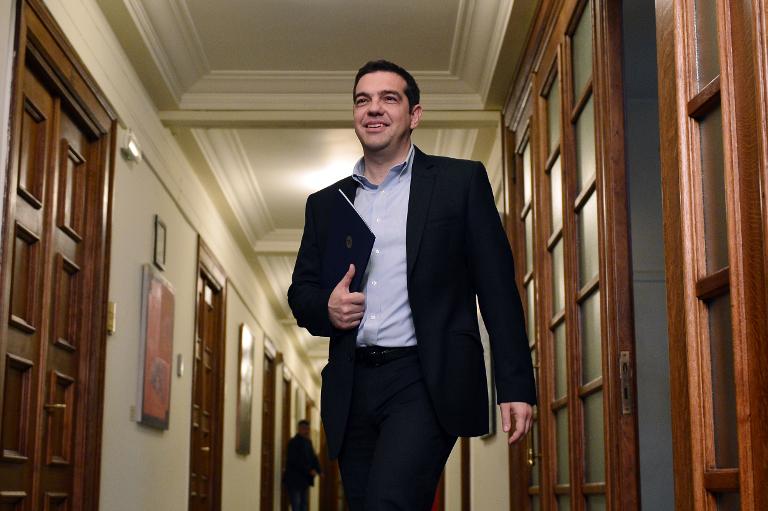 Greece called Monday for its creditors to give it a bit of financial breathing room thanks to renewed progress in talks, warning there was no money left to keep paying off its debt and run the government.

“The progress made should act as a passport for easing the financing of the Greek economy,” said Gabriel Sakellaridis, spokesman for Greek Prime Minister Alexis Tsipras.

Sakellaridis said that “for us it is very important that liquidity is freed up as soon as possible,” even “today” if possible, warning “there is no more liquidity in the Greek economy.”

He added that “in any case, one can’t efficiently implement reforms in a state of financial asphyxiation.”

With talks between Greece and its international creditors slowing to a crawl since the radical left Syriza party came to power in January, Athens has been squeezing funds from within the economy to make loan repayments, but there are concerns that it will have trouble finding the 1 billion euros ($1.1 billion) it needs to repay the IMF in the first half of this month.

The fractious talks to unblock funds amid Athens’ resistance to accept further tough reforms as creditors have demanded has raised the spectre of a potential Greek default and unruly euro exit — or “Grexit”.

But after Athens shook up its negotiating team last week, progress was made over the weekend in talks on reforms which Greece must push through in exchange for 7.2 billion euros in desperately-needed bailout funds.

Tspiras’s spokesman indicated that Athens was not interested in a partial deal to unlock some of those funds, but was interested in reaching a complete deal by the end of May or June.

One way to help the Greek government in the meantime would be for the ECB to allow Athens to issue more treasury bills and Greek banks to buy them.

The ECB has effectively barred the new government from raising short-term cash on the markets, cutting off a crucial lifeline that had kept the previous government afloat.

Talks between Athens and its creditors — the EU, IMF and ECB — resumed on Monday in Brussels, and were due to continue through Wednesday.

A European source said Monday that “some progress” had been made in the talks with the positions of the two sides “drawing nearer on some points, less on others”.

In addition the source said the atmosphere was better and the new Greek negotiators “more competent”.

The shakeup of the Greek delegation effectively sidelined combative Finance Minister Yanis Varoufakis from the talks.