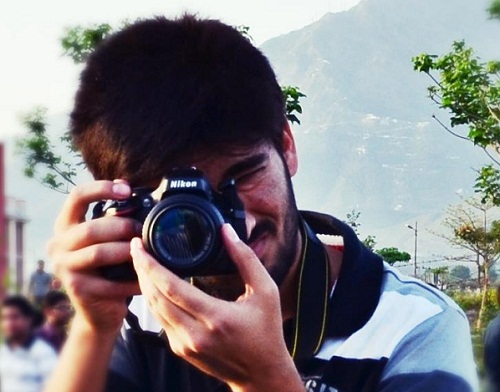 Social media may be slammed by many but for some it has turned into a saviour.Â

Someone lost his DSLR in McLeod Ganj in Dharamshala, Himachal Pradesh, which was found byÂ Dhananjay Singh, a 23-year-old avid trekker, from Kishtwar, who was on a trek to Triund range. Using Facebook, Dhananjay found the owners of the camera and returned it to them.Â

Dhananjay told NewsMobile,Â â€œI was talking to the owner of a local tea shop enjoying my maggi; he was actually trying to click pictures using this lost DSLR camera. When I saw him struggling to fix the charger, I pitched in saying that he was not using the camera correctly.Â Then the tea vendor told me that a shepard had found the camera two months back stranded in the valley and had given it to him. I quickly took out my laptop, scanned the memory card of the camera and trying to identify the people who could be the possible owners. The tea shop owner gave me the camera and asked me to return it to the one it belongs to. I assured him that I will arrange a call back to him from the real owners of the camera as soon as I locate them.”

Post completing the trek, Dhananjay got back to Delhi on May 1 and he posted the pictures of the three guys he had found in the same stranded camera in one of the groups on Facebook called,Â Flats and Flatmates (Delhi Chapter), with a note sayingÂ â€œDoes anybody know these guys? Found their DSLR in Mcleod Ganj, inbox me if you know anyone.â€Â Within ten minutes, as Dhananjay recounts, he was connected to one of the three guys,Â Himanshu Birla, who happened to be the owner of the stranded DSLR camera.Â

The camera has been handed over toÂ Himanshu.

The Facebook post of Dhananjay has gone viral. People have been calling him, messaging him, commenting on his post and they all have a common message for him, â€œyou are an inspiration…humanity still exists in this world.â€ Himanshuâ€™s message to Dhananjay reads,Â â€œThanksÂ Dhananjay Singh!!! Seriously humanity is restored!!! That was my love, my muse n u found it!!! I owe you big time bro, really man!! This is the best news Iâ€™ve got, since it got separated from me! “

We may crib about social media making us less social, but then it has a power like none.