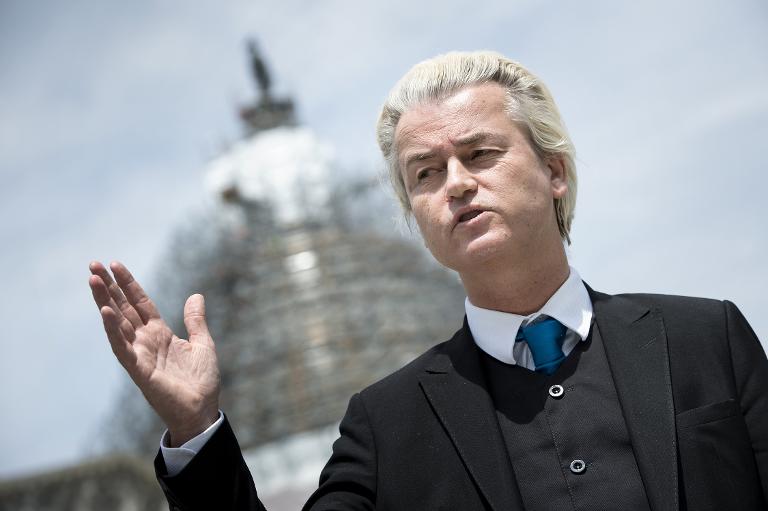 Far-right Dutch lawmaker Geert Wilders, who addressed participants at a Prophet Mohammed cartoon contest in Texas before a shooting erupted outside the event, believes he is on a mission to stop the “Islamisation” of the West.

Reviled and supported in equal measure for his anti-Islamic rhetoric, the 51-year-old firebrand has become a divisive figure in the Netherlands, which prides itself on its long but fading tradition of consensus politics and multi-cultural tolerance.

Wilders, the creator of the anti-Islam film “Fitna” (“Discord” in Arabic) has previously said his popularity in the Netherlands is due to the fact that “we dare to talk about sensitive subjects like Islamisation and we use plain and simple words that the (Dutch) voter can understand.”

The 17-minute film, featuring shocking images of attacks in New York in 2001 and Madrid in 2004 combined with quotes from the Koran, Islam’s holy book, drew outrage in several Muslim countries when it was screened in 2008.

In Texas on Sunday, he told the meeting organised by the right-wing American Freedom Defence Initiative that “we are here in defiance of Islam.”

“Today, too many of our Western leaders want us to shut up,” he told the gathering.

Shortly after he left, two gunmen drove up to the conference centre and began shooting at a security guard. The two attackers were subsequently shot dead by police.

Sometimes nicknamed “Mozart” for his platinum-dyed mop of hair, Wilders describes his far-right label as “nonsense”, but has no hesitation branding the Koran a “fascist” book.

He wants to ban the Koran, halt Muslim immigration, and tax headscarves.

“My supporters say: ‘at last there is someone who dares to say what millions of people think’,” Wilders has told AFP.

Public prosecutors received more than 6,000 complaints of discrimination after television footage in March last year showed Wilders asking party faithful in The Hague whether they wanted “fewer or more Moroccans in your city and in the Netherlands?”

“Fewer, fewer!” the crowd shouted with a smiling Wilders saying: “We’re going to organise that.”

Wilders created Party for Freedom (PVV) for parliamentary elections in 2006, when he won nine out of 150 seats on a ticket to “limit the growth of Muslim numbers”.

His party is currently fourth in the most recent polls and only won 15 seats in parliament’s Lower House in the last elections in 2012.

Wilders’ outspoken views has seen him being protected around the clock and he is often described as the “best guarded man in the Netherlands.”

The constant protection came after the murder of outspoken Dutch filmmaker Theo van Gogh, who was slain by a radical Islamist in 2004.

Wilders does not talk about his private life — his second wife is Hungarian — and has remained mum on speculation that his bloodline is part Indonesian and that he dyes his hair to hide his roots.

He has also worked hard to build his profile abroad and often travels to the United States to speak to conservative audiences.

In April he addressed a PEGIDA meeting in Germany telling some 10,000 supporters of the anti-Islam movement “we have had enough of the Islamisation of society.”

In 2013 scuffles broke out in Australia where he was a guest speaker at an event in Melbourne.

“I want to defend freedom, which I think will disappear into thin air the moment the Islamic ideology gains a stronger foothold in (the Netherlands),” Wilders has told AFP.

His home address is a closely guarded secret. He rarely ventures out in public, and never without a large security detail.