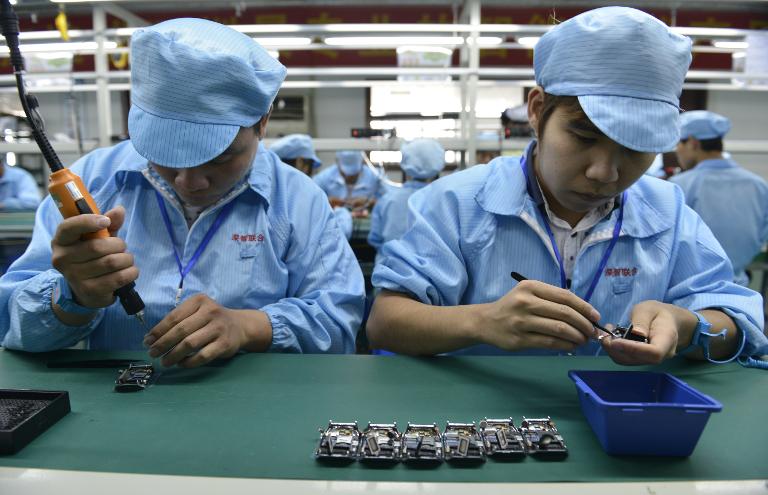 China’s manufacturing activity recorded its worst contraction in a year in April, a survey by HSBC showed on Monday, as subdued domestic demand weighed on growth in the world’s second-largest economy.

The British bank’s final purchasing managers’ index (PMI) came in at 48.9, below the breakeven point of 50 and the weakest since 48.1 in the same month last year, it said in a statement.

The figure was down from a preliminary reading of 49.2 and marked the second monthly contraction in a row after March’s 49.6.

The index, compiled by information services provider Markit, tracks activity in China’s factories and workshops and is regarded as a barometer of the health of the Asian economic giant.

“China’s manufacturing sector had a weak start to Q2, with total new business declining at the quickest rate in a year while production stagnated,” Markit economist Annabel Fiddes said in the statement.

The reduction in new business was mainly due to weaker domestic demand as export orders showed “tentative signs of improvement” in April, she said, adding further layoffs and a cutback in purchasing activity suggested more near-term challenges for the sector.

“With today’s PMI reading adding to evidence that underlying economic momentum has continued to weaken going into Q2, a full recovery appears unlikely,” he said in a note.

China’s gross domestic product (GDP) growth slowed to 7.0 percent in the first quarter of 2015, the worst result in six years and down from 7.3 percent in the final three months of last year.

Fiddes called for more stimulus measures to ensure the economy does not decelerate further.

Authorities have stepped up stimulatory efforts after the publication of the first quarter data and more recent figures, with the steps including two interest rate cuts since November, and twice reducing the amount of cash banks must keep in reserve.

The HSBC result came in after the government on Friday posted its official PMI at 50.1 for last month, unchanged from March when the gauge showed growth for the first time this year.

Compared with the official reading, the HSBC survey focuses more on smaller enterprises, and uses a smaller sample.