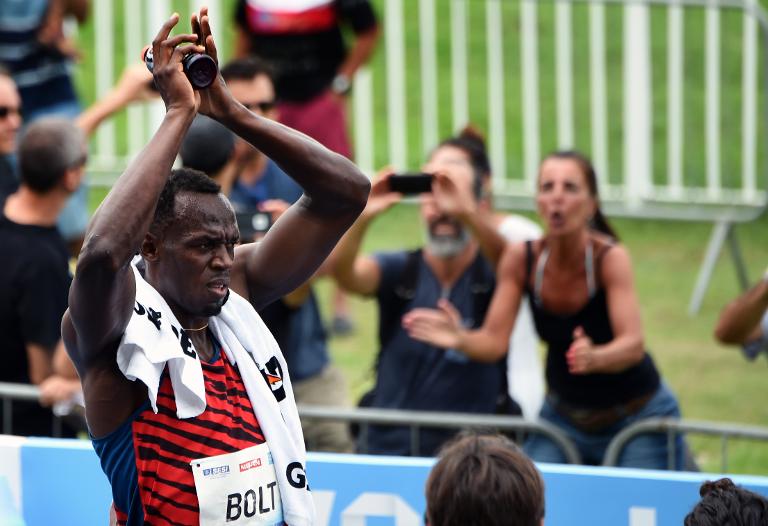 It was fitting that the Floyd Mayweather-Manny Pacquiao boxing ‘fight of the century’ was just about to start when rarely-defeated Usain Bolt sat down next to a victorious US 4x100m relay team that featured three doping cheats.

The icy relationship between six-time Olympic champion Bolt and arch-rivals Justin Gatlin and Tyson Gay was palpable. The Jamaican was barely able to remain for a group photo after the Americans won the relay in the Bahamas capital in 37.38 seconds.

Bolt said before the IAAF World Relays in Nassau kicked off that Gay should not even be running, although he accepted Gatlin’s participation because he saw out his suspension.

Gatlin, the 2004 Olympic 100m champion, served a four-year doping ban, while Gay had a two-year ban controversially cut in half for cooperation. A third member of the winning US team, Mike Rodgers, also served a nine-month ban for drugs.

“I never worry about that, it’s part of the sports,” Bolt said of racing against convicted drugs cheats after the 4x100m relay.

“I can’t sit around and say ‘it’s wrong and whatever’.

“I’ve been running against a couple of these guys for years now, so now it’s all about me getting into shape and getting it done.”

Bolt says he has no problem with Gatlin, but Gay is a different matter.

Gay added: “For my situation, I’ve never deceived any kid in the world nor America that they can’t do anything they want to if they put hard work in.

“My situation was understood by three organisations and they understood it was a mistake. I went down the wrong path believing some supplements were clean and they weren’t.

“I’d like to apologise to any kid who feels they were deceived or think they could do whatever they want.”

Gay added: “The past is the past, I’ve asked for forgiveness for a mistake. But right now I’m moving forward and double checking everything and go from there.”

Bolt, who remained unmoved during Gay’s words, has a chance for revenge in Sunday’s 4x200m relay, with everyone’s eyes ultimately on the World Athletics Championships in Beijing in August.

“The US came out well prepared, they matched their national record,” the Jamaican said. “It makes it more exciting going into the world championships.

“But I came here to run so that’s the best… I take every loss as a learning curve.”