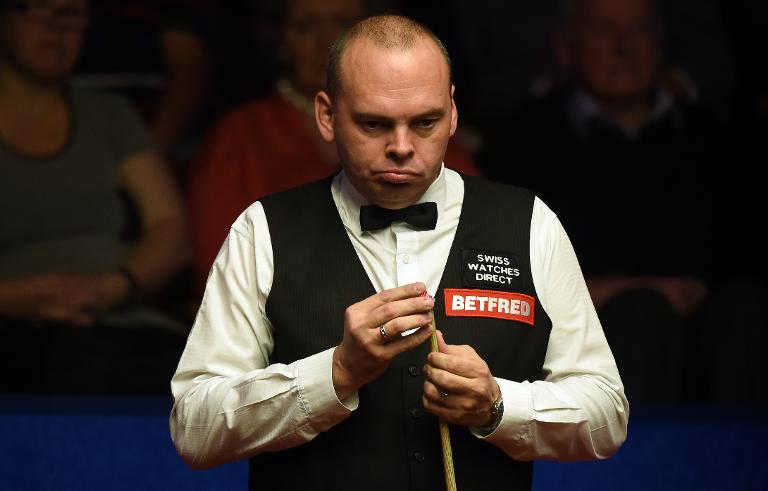 Stuart Bingham turned the tables on Shaun Murphy in the World Championship final to lead 14-11 ahead of Monday’s concluding session in the best of 35-frame contest.

Bingham resumed Monday 9-8 behind, having been 3-0 and 8-4 down at various stages of Sunday’s opening day.

But the first-time finalist will now need just four more frames to win snooker’s most prestigious title at Sheffield’s Crucible Theatre in northern England when the match is played to a finish from 1800 GMT Monday.

However, seven-time world champion Stephen Hendry, commentating on BBC television, said: “It’s a dangerous time for Stuart; you don’t want to start getting ahead of yourself.

“There’s a long way to go and I’m sure Shaun will come out tonight all guns blazing.”

It had seemed in the early stages as if the greater experience of Murphy, the 2005 world champion, might lead to a lopsided contest with his fellow Englishman.

But Bingham demonstrated admirable resolve on Sunday and in the process gained a new fan in Martina Navratilova, who tweeted: “Stuart Bingham rocks:)”.

Bingham, 38, continued to justify the faith of the tennis great on Monday as he won four frames in a row to establish a 12-9 lead against Murphy, aiming to equal the achievement of snooker great Alex Higgins by winning a second world title a decade after his first.

Bingham then made it three frames in succession, with a break of 112, after putting himself in sight of a maximum 147 by sinking 14 reds and blacks before running out of position.

But there was no let-down from Bingham in the next frame, where his break of 50 saw him go three in front.

Murphy, with the match threatening to run away from him, won the next two frames to cut his arrears to 13-11 before Bingham completed a 6-2 session win with a break of 57.