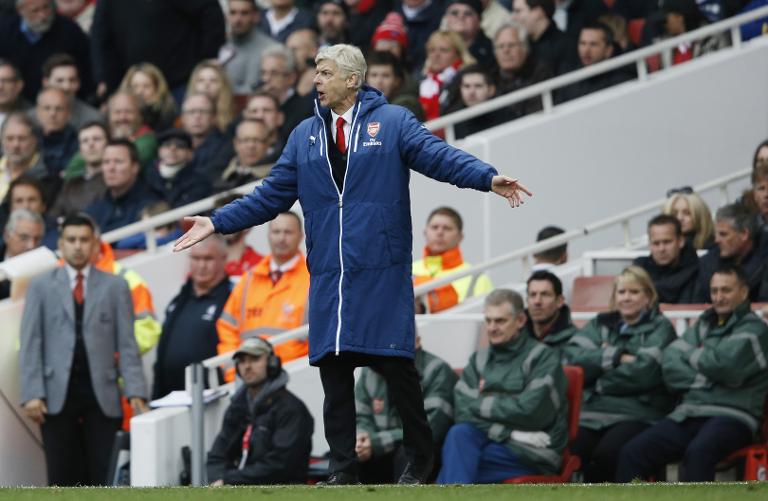 Arsene Wenger is targeting a strong finish to the campaign to boost Arsenal’s Premier League title challenge next season.

Wenger’s side travel to face Hull on Monday aiming to strengthen their bid to claim the runners-up spot behind champions-elect Chelsea.

Last weekend’s goalless draw against Jose Mourinho’s side at the Emirates Stadium effectively drew a line under any remaining hopes Arsenal of catching the league leaders.

Following fourth placed Manchester United’s defeat on Saturday, Arsenal, unbeaten in their last nine league games, will take another step towards a top three finish if they win at the KC Stadium.

And having pin-pointed his side’s slow start as the reason they were unable to mount a more sustained challenge at the head of the table, Gunners boss Wenger is determined things will be different next time around.

“That’s our challenge, to finish well and take that strength into the next season,” Wenger said.

“The start of the season is linked with belief as well. We can just strengthen the belief by finishing well.

“Manchester City had ups and downs and started stronger than us, so they were a long time in front of us.

“Manchester United are a bit like Arsenal, they had a slow start and became stronger in the second part of the season.

“I think our slow start was down to post-World Cup problems and to the fact as well that we had to play the qualifiers for the Champions League.

“It always takes a lot out of you but overall I believe that we’ve found a better balanced team during the season as well.

“If you ask me if I am happy with the depth of the squad I say certainly yes because I have many international top quality players who are not even in the squad on Saturdays when everyone is available. That has not been the case for many years.”

Hull will welcome top-scorer Nikica Jelavic back into the squad after the Croatian forward recovered from a knee operation sooner than expected.

The 31-year-old has not featured since March 14 after undergoing surgery for the second time this season and it was feared he might miss the remainder of the campaign.

Jelavic trained this week and manager Steve Bruce expects him to be fit for Monday’s clash.

However, after Hull recorded successive wins over Crystal Palace and Liverpool, Bruce is likely to keep faith in strikers Dame N’Doye and Sone Aluko, meaning Jelavic will start the match as a substitute.

“I can’t speak highly enough of him. He has had two serious knee operations and worked hard to get back involved,” Bruce said.

“I think if he is going to be involved, it will be from the bench. How could I disappoint anyone? My job is easy this week, in that respect.”

Jelavic is Hull’s top scorer with eight goals, despite missing large sections of the campaign with injury, and Bruce believes the Tigers would not have been in relegation trouble if he had stayed fit all season.

“You are only as good as your strikers, no matter what level you are at,” said Bruce, whose side are one point above the relegation zone with four games remaining.

“We struggled without Jelavic. For me, if he had stayed fit all season then we would have been fine. Our troubles came when he got injured (for the first time, in October).

“We know how crucial it is. Look at Liverpool. Luis Suarez has gone but you look at a mighty club like them trying to replace their number one striker and it is not easy.”