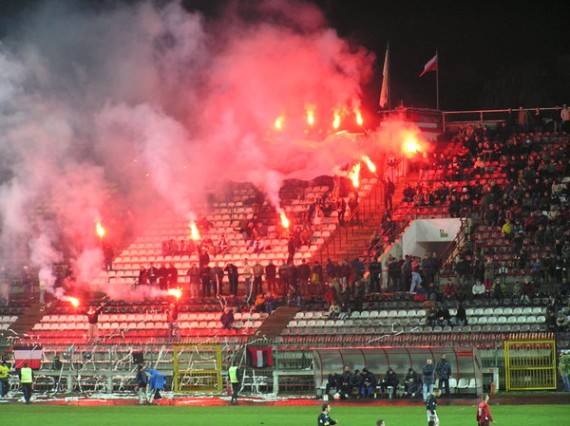 Sports is commonly thought of as a kind of â€œpeaceful substitute forÂ war.â€ Yet sometimes violence has a way of rearing its head, andÂ certainly not just on the field of play.

Many sport venues around the world have borne witness to some shockingÂ and deadly events among spectators. So put on your riot gear and letâ€™sÂ have a look at some jubilant and angry fans going berserk.

During the European Cup Final in May 1985, football clubs LiverpoolÂ and Juventus played a match at the Heysel Stadium in Brussels whichÂ saw a wall collapse after fans charged through police towards each other.

Â
Sri Lankaâ€™s maiden entry into the World Cup final on March 13, 1996Â was marred by crowd trouble at Eden Gardens in Calcutta (now Kolkata)Â after hosts India were sliding towards a huge defeat in theÂ semi-finals.

India had collapsed to 120 for 8 from 98 for 2 after SachinÂ Tendulkarâ€™s dismissal in their chase of 252; and at this stage theÂ spectators set fire to areas of the stands and pelted the fields with
water bottles and fruit. The riot turned so ugly that match refereeÂ Clive Lloyd had no other option but to award the match to Sri Lanka byÂ default. 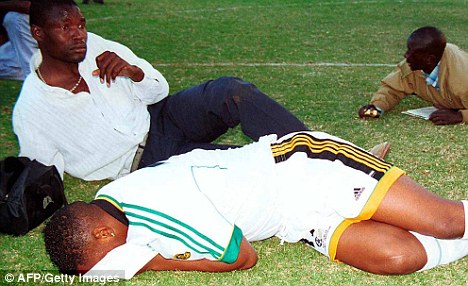 After South Africa scored a goal to go up 2-0 in the World CupÂ qualifier, fans became restless and police responded by launching tearÂ gas into the crowds.
Â
Rioting continued and herds of fans attempted to flee the soccerÂ stadium in Harare, resulting in a stampede that killed approximatelyÂ 13 people in the process.

Led by Kobe Bryant and Shaquille O’Neal, the Lakers won their firstÂ NBA title in 12 years against the Pacers on June 19th, 2000, and theÂ euphoria caused fans to set cars on fire and attack police with rocksÂ and other blunt objects.

Only 12 people were injured but it was a sign of things to come forÂ NBA fans in Los Angeles.Â A total of fifteen vehicles were torched and nearly 140 people wereÂ injured, counting stabbings, a beaten Bruins fan and a concussedÂ police officer.