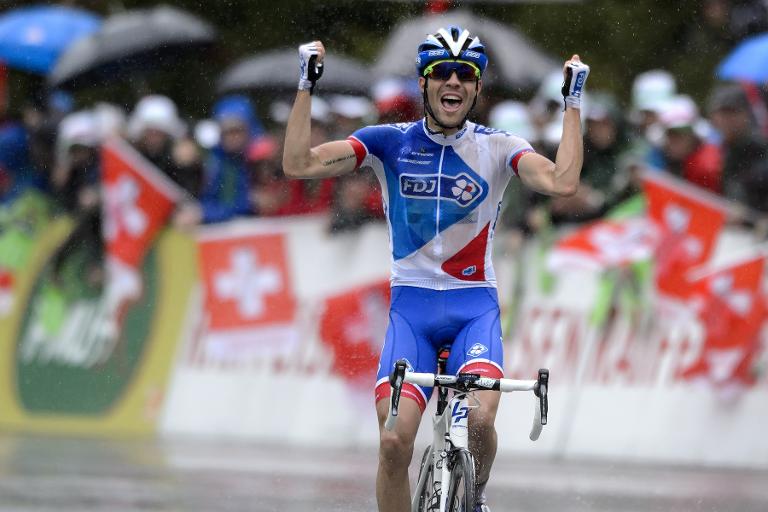 Pinot took off in the final five kilometres of the mountainous 162.7 km ride from Fribourg to Champex-Lac.

He finished 7 seconds of Zakarin and 20 seconds ahead of a five-man group that included favourites two-time champion Christopher Froome and Nairo Quintana as well as fellow Frenchman Romain Bardet.

“It had been a long time since I last won, I am happy,” Pinot told Swiss channel RTS.

“In front of great riders such as Quintana and Froome, it’s a great victory.”

Zakarin, 25, benefited from an awful day for previous overall leader Albasini, who finished over 20 minutes after Pinot.

The Katusha rider won the 2013 Russian national time trial championships and was ninth in this year’s Tour of the Basque Country.

Sunday’s final stage, a 17.3km time-trial in Lausanne, will be the decider as Zakarin holds a six-second lead over Pinot.

Third-ranked Froome is also looming just 14 seconds behind while Quintana trails by 54 seconds.

“I was not expecting to be in the yellow jersey,” said an incredulous Zakarin.

“There are a heck of a lot of top riders competing in the time-trial tomorrow and it will be an onerous responsibility for me in going last.

“I will do my utmost as it is probably the most important time-trial of my life.”