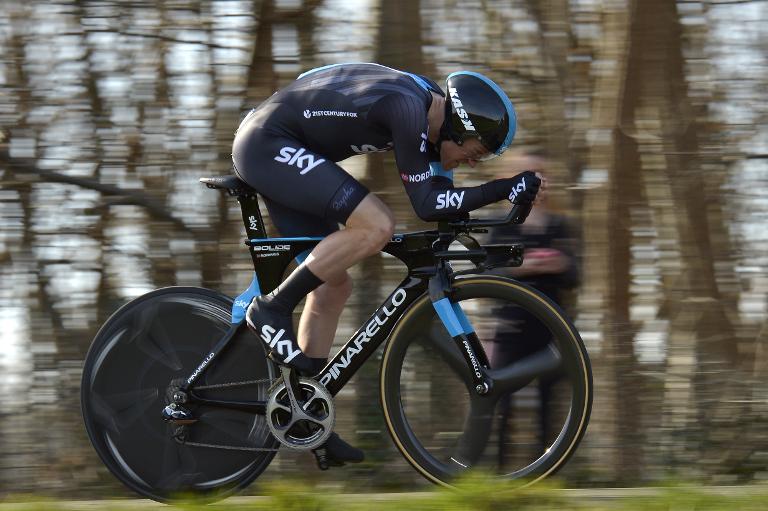 Nordhaug took sixth on the final stage in a group of around 20 riders nine seconds behind the winner following the lumpy 167km stage from Wakefield.

That was enough for the Team Sky rider to maintain his lead over Spain’s Samuel Sanchez in second and Thomas Voeckler of France in third.

Nordhaug, 30, held the lead since winning the opening stage on Friday in Scarborough.

The 10 second bonus he got on the line from winning that stage proved decisive as he finished 11sec ahead of Sanchez overall, taking another bonus second in an intermediate sprint along Sunday’s stage.

For the third day in a row the race was followed by throngs of fans along the road as organisers estimated that 1.2 million people came out to cheer on the peloton from Friday to Sunday.

“I rode the Tour (de France), it’s a big race but this really felt like a big stage in the Tour,” said Nordhaug.

“The crowds were massive. I had good legs today so I could really enjoy the crowd. It was a very nice day.”

Five riders came into the final stage separated by just 16sec but Sky controlled the race expertly to ensure neither Sanchez, Voeckler, nor Frenchman Stephane Rossetto could launch a potentially key attack.

As Sky surveyed Nordhaug’s challengers, Hermans launched his attack with around 10km to ride.

He caught the last remnant of the day’s seven-man breakaway, American Lawson Craddock, with 5km left and he then held off the chasing pack to the line.

A seven-man breakaway spent most of the day out in front but as the short, tough climbs multiplied, the group splintered, with only Craddock and Frenchman Nicolas Edet left out front.

Edet cracked with a little more than 10km to ride, around the time Hermans attacked the greatly reduced peloton, slimmed down to just 20 riders by the succession of climbs along the rolling Yorkshire dales.

The race failed to produce the kind of fireworks hoped for on the final stage with five riders so closely packed — although Ireland’s Philip Deignan in fifth was essentially riding for Sky teammate Nordhaug.

The race’s star attraction Bradley Wiggins spent a short while at the front of the peloton with 60km to ride, showing his face for the TV cameras, but then disappeared into the middle of the pack.

Wiggins is concentrating on his attempt to break the World Hour Record in London next month, having seen British compatriot Alex Dowsett set a new mark on Saturday in Manchester.

The Olympic and world timetrial champion came home in the second group on the road, just over 5min 30sec behind in 42nd place to leave him 59th overall, although more than 20min behind the winner.