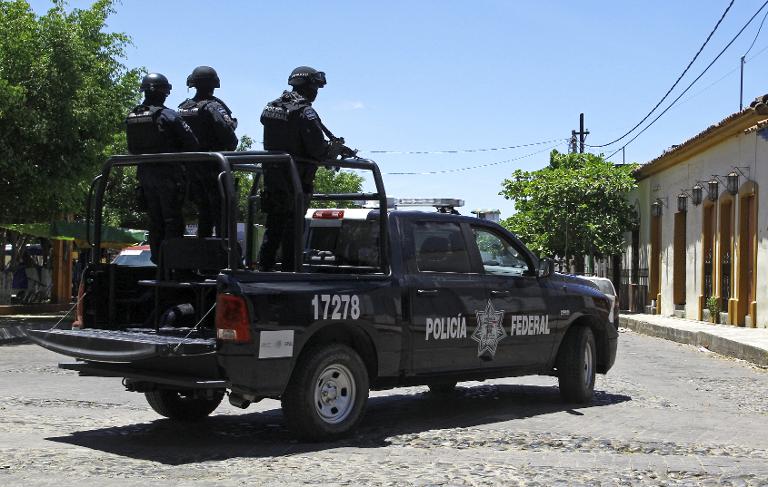 Authorities expanded the search for three missing soldiers after gunmen hit their helicopter in western Mexico, as new fires erupted a day after a drug cartel lit up the region.

The Jalisco state prosecutor’s office appealed for calm after a dairy shop and two of the business’s vehicles were torched in the tourist town of Puerto Vallarta.

“It hasn’t been confirmed that it is a roadblock by organized crime,” Jalisco state government spokesman Gonzalo Sanchez wrote on Twitter, while prosecutors said witnesses only saw one person setting the fires.

The new blazes came a day after dozens of vehicles, banks and gasoline stations were set on fire across the state, including Puerto Vallarta. Authorities have detained 19 people.

Officials say the Jalisco New Generation Drug Cartel launched Friday’s attacks in reaction to an operation to dismantle the powerful gang, which has expanded its territory and forged ties with foreign crime groups.

A total of seven people were killed, including three soldiers who died when gunmen shot their helicopter’s tail rotor, forcing it to make an emergency landing near Villa Purificacion.

Soldiers and federal investigators were still combing the area for the three missing soldiers.

Jalisco has emerged in recent months as a new challenge in President Enrique Pena Nieto’s battle to contain drug violence in Mexico.

The New Generation cartel, led by Nemesio Oseguera, alias “El Mencho,” has violently defied authorities, killing 20 police officers in two ambushes in March and April. It has forged alliances with gangs around the globe.

The fate of the missing soldiers remained a mystery, more than 24 hours after their emergency landing in an area of pastures with thick vegetation near a hill.

A white sport utility vehicle was left behind by the gunmen, with their assault rifles still inside.

“The search (area) has expanded,” an official told AFP on condition of anonymity, adding that the soldiers could either be hiding, unconscious or dead.

“We still don’t know what happened to them,” the official said.

But officials would not speculate on whether the cartel could have kidnapped the soldiers.

In the town of Autlan, some 60 kilometers (37 miles) east from where the helicopter was hit, a state police officer was killed in a gun battle on Friday.

Witnesses said people hid in their homes when a group of men set fire to a bank and a gasoline station.

The smell of burning rubber and metal still hung in the air from the remnants of a charred semi-trailer truck that was used to block the road.

Humberto Casian, a congressional candidate for the leftist Morena party in June elections, said in Autlan that the area near the Pacific is a key smuggling route for synthetic drugs.

“What’s happening in Jalisco is bad. There’s a readjustment by a criminal organization that has had great complacency from the state government, which has let it grow,” Casian said in an interview.

“When a fight erupts, we’re caught in the middle.”

Raul Benitez Manaut, a security expert at Mexico’s National Autonomous University, said the violence shows the cartel wants to take authorities head-on, but the car burnings were done by “their social support base” close to the gang.