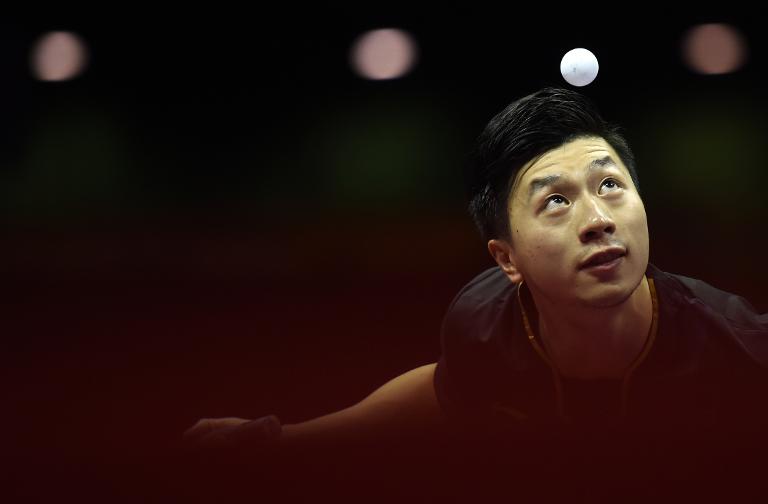 World number one Ma had made it to the semifinals three times before — in 2009, 2011 and 2013 — but never the finals, though he was still the pre-tournament favourite.

Fang had a strong start and managed to take the second and fifth sets from the world number one.

The tense fifth set saw one of the longest rallies of the tournament finally go to Fang.

But Ma proved too good for his lower ranked teammate and regained control in the final set, going on to win the championship.

Zhang and fourth-ranked Fan Zhendong, from China as well, shared the third place.