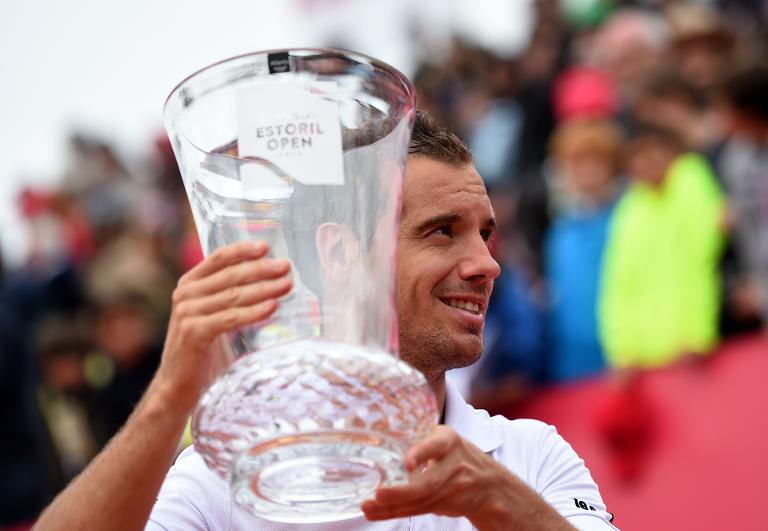 But Kyrgios was pleased at his achievement of competing in his first ATP final after stalling at the quarter-final stage previously on the tour.

“Playing in my first final, there was definitely a bit of pressure out there,” said the 46th-ranked Aussie, who remains in the running for a possible seeding at the French Open later this month.

“I had fun out there today as well. I lost, but that’s why he’s a world-class player. He was way too good for me and I need to get better.

“My serve was getting me through matches all week and today I don’t feel I served well. I was pleased with the way I was hitting the ball, but I didn’t take my opportunities.”

Gasquet, a former top 10 player now ranked 28th after suffering a series of back injury problems, lost the finals at the Portuguese venue in 2007 and 2012.

“I am really happy with the victory,” said Gasquet. “Yesterday it (semi-final) went three sets and today I was more confident and started better. To feel no pain it’s a good thing for me.

“I needed to play a good clay-court match, to make him run. He’s a very good player, very powerful with a big forehand and big serve.

“It was a tough match and Nick put up a fight, he’s a very dangerous, part of the future of the sport.

“My fitness improved all week and I served better in each match,”

The Frenchman made up for past disappointments as he defeated the seventh seed in 63 minutes, never facing a break point until he saved three to take a lead of a set and 5-1.

The fifth-seeded Frenchman claimed his first trophy on clay since Nice in 2010 on the first of three match points.

Estoril was his first event in six weeks after quitting his opening match at Indian Wells in mid-March as a disc problem from 2014 returned.

The win marked Gasquet’s 12th career title and he also avenged his loss to Kyrgios last year at Wimbledon when the Australian saved nine match points in their second round tie.

Kyrgios had been bidding to become the first Australian in nearly two decades to claim an ATP trophy on clay.

The last to achieve the feat was Richard Fromberg in Bucharest in 1997.