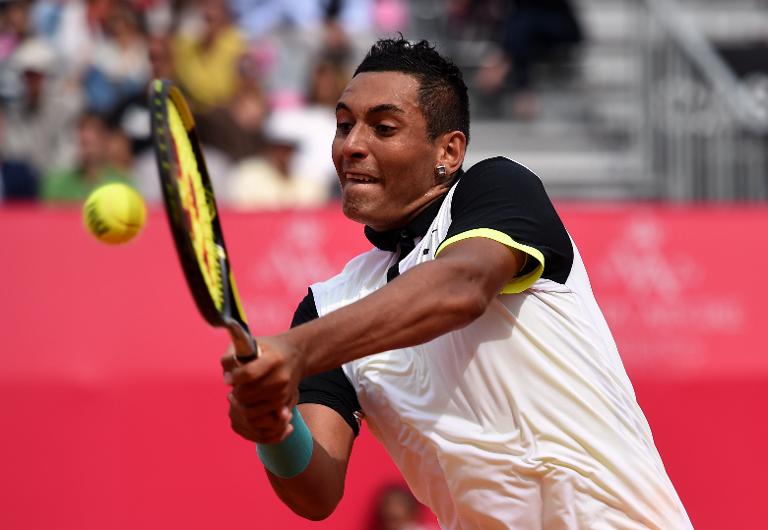 Australian Nick Kyrgios will play for the first title of his career on Sunday when he takes on two-time finalist Richard Gasquet at the Estoril Open.

Gasquet, seeded fifth, flirted with disaster as he was broken while serving for victory, before recovering in a runaway tiebreaker for a 3-6, 6-2, 7-6 (7/1) result over another Spaniard, Guillermo Garcia-Lopez.

It was the first loss in nine claycourt matches this season for Garcia-Lopez, winner of the Bucharest trophy last weekend.

Gasquet, runner-up in 2007 and 2012, and Kyrgios played twice last season, the Frenchman winning a Davis Cup rubber and Kyrgios coming out ahead in their Wimbledon second-round clash.

Both finalists are returning from six-week injury spells, with Kyrgios out with an ankle problem and Gasquet dealing with back pain.

“It was an incredible victory for me,” said Gasquet. “I had doubts that my back would hold up in this competitive level but it’s been very good.

“Nick is the future of tennis, it will certainly be a very difficult match. It may be on clay but it will still be tough for me.”

The 46th-ranked Kyrgios put his pre-French Open campaign back on track after losing early a week ago in Barcelona while holding two match points against a qualifier.

The 20-year-old finished off Carreno Busta with 15 aces and a break in each of his successful sets.

“I am very excited to play my first final. I played very good tennis this week,” said Kyrgios, moving closer to a possible seeding at Roland Garros when the claycourt Grand Slam begins in three weeks.

“I’m enjoying myself a lot. Today was a tough match. He played very well in the first set failed very little and gave me little opportunity in the second and third set.

“I thought I served well the whole match and got some chances on his serve. I kept pushing after losing the first set and I thought I hung in well.”

Kyrgios has made major strides this week in his Portuguese debut, playing his first semi-final at the ATP level.

He stands 8-4 this season while his 43 aces lead that count this week in Portugal.

Gasquet is on a mission of his own after a patchy season of injury, with the world number 28 playing his last clay final in Estoril in 2012 and winning his last title on the dirt in Nice in 2010.

Who Was General Bipin Rawat – One Of India’s Longest-Serving Military...