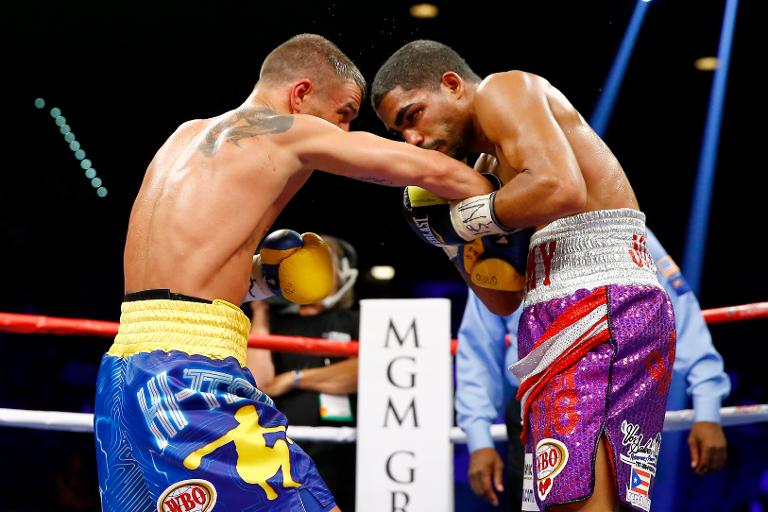 Ukrainian Vasyl Lomachenko launched a glittering night of boxing with a nine-round demolition of Gamalier Rodriguez on the undercard of Manny Pacquiao and Floyd Mayweather’s long-awaited bout.

Lomachenko, a 27-year-old two-time Olympic gold medallist, has exploded on the professional scene after a stellar amateur career.

His speed and accuracy were far too much for Rodriguez, who went down in the seventh round before Lomachenko landed two more punishing rights that sent him down in the ninth, unable to respond to referee Robert Byrd’s count of 10.

With the knockout at 50 seconds in the second round, Lomachenko improved to 4-1 with 2 knockouts and retained his World Boxing Organization featherweight world title.

As the bout progressed the MGM Grand Garden Arena still seemed to be in limbo — awaiting the arrival of the night’s marquee players: Filipino icon Pacquiao and unbeaten American Mayweather.

As the MGM Grand hotel and casino thrummed with excitement, inside the arena seats had yet to be filled.

But the moment was drawing near. Pacquiao and Mayweather had both arrived at the arena and were in their dressing rooms preparing the welterweight world title unification bout that could yield a stunning $400 million in revenue and a possible $200 million payday for Mayweather and as much as $100 million for Pacquiao.