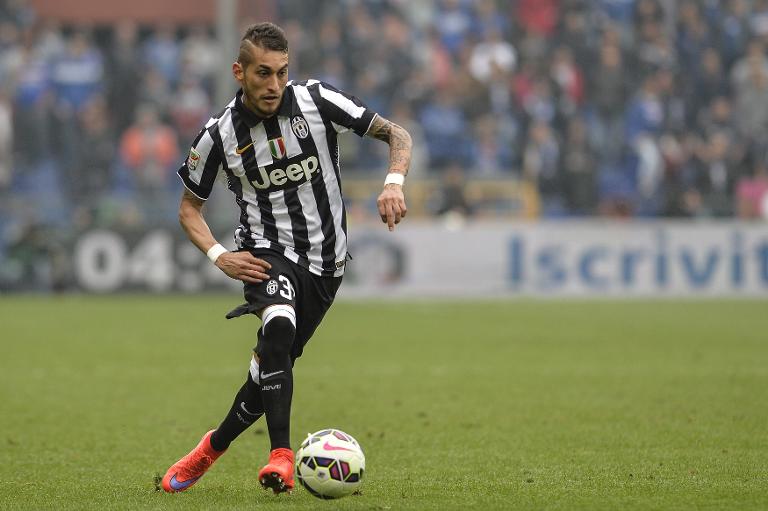 Juventus won the Italian title for the 31st time on Saturday after Arturo Vidal’s first half strike saw Massimiliano Allegri’s side defeat Sampdoria 1-0.

It was Juventus’ fourth league title in a row with as many games to spare this season and set them up perfectly for their upcoming Champions League semi-final duel with Real Madrid.

The Rome side travel to relegation-threatened Atalanta on Sunday with only 15 points available to them from their remaining five games.

Juve needed just a point to finally end the one-horse race for the Serie A crown.

Vidal’s first league goal since January was enough for them to both win the league and become the first side to win at Sampdoria this season despite resting Andrea Pirlo, Giorgio Chielini and Alvaro Morata ahead of their Champions League first leg clash with Real Madrid on Tuesday.

â€œYou never get tired of winning. The older you get the more titles satisfy you, because they could be the last titles you win,â€ said Juve captain Gianluigi Buffon.

â€œThe thought of Real Madrid has pulsed around the place for some days now, so it’s inevitable that while the joy is there for having closed the league, we need to be ready for this match so that we don’t regret anything.â€

Beating Madrid would set this season out from the previous three title-winning campaigns, in which they underwhelmed in Europe, and would be further vindication for Allegri, who was sacked by AC Milan midway through last season and panned by Juve fans when he was announced as the replacement for the beloved Antonio Conte in pre-season.

â€œMy first few days here were good. I think I only had five or six players and we lost a friendly 3-2,â€ he joked.

â€œOn Tuesday we need to have the same attitude but be even better than today, because we’ll have in front of us a team of amazing players to which you can’t concede anything.

“The important thing will be going out onto the pitch knowing what we need to do against a team that can hurt you at any moment.â€

Sampdoria started the match in fifth place, eyeing a spot in the Europa League, and the game got off to frantic start.

However the best chance for the home side in the opening period was a long range shot from Pedro Obiang in the 10th minute that failed to trouble Buffon.

Juve’s first clear sight of goal was Vidal’s winner, which he expertly flashed back across Sampdoria keeper Emiliano Viviano and off the post after racing on to a Lichtsteiner cross that evaded striker Fernando Llorente before arriving at the midfielder.

Sampdoria were full of heart and kept pressing the away side, but they lacked invention and struggled to break down Juve’s solid backline.

It was Carlos Tevez who nearly doubled Juve’s lead with a smart snap shot that was brilliantly tipped away by Viviano just before the hour mark.

Five minutes later Gonzalo Bergessio wasted Samp’s only decent chance of the night, when he dithered on the ball with only Buffon to beat and allowed Leonardo Bonucci to race back and block his goal-bound shot.

That was that from Samp as a serious attacking threat, and all that remained was for Juve to shut up shop and wait for the whistle that sparked somewhat muted celebrations among the players and staff, who already have one eye on Tuesday night’s date with destiny.

“But instead we got straight to work to help the new coach Allegri, and now we’ve obtained our first of three goals (Juve are also in the Italian Cup final).â€

â€œWe’ll enjoy this victory but tonight when we arrive in Turin we need to think immediately about Tuesday, because we want to make sure that this season is an unforgettable one.â€