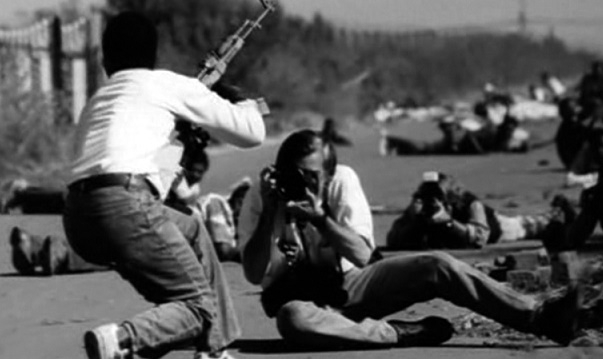 With an everyday occurrence of war and conflict, journalists work in a complex environment which is exposed to rebellion, epidemics and various political upheavals.

These daring events are often seen by journalists as a way to boost their careers while informing the world of the diversity of problems around. Unfortunately, the danger of these assignments can end in assault, kidnapping, and even death for many journalists and their staff.

Reporting from war zones has always been a dicey proposition, but the last few years of covering conflict has become a particularly dark and depressing time for journalists. Most people go the other way when fire-fighters rush into danger. Good journalists are driven to follow them, to get closer to truth, to show readers, viewers and listeners what is happening around them.

Journalists report on the scene of terrorist attacks, during major crimes, among countless other dangerous situations. The mediaâ€™s interest in telling a story is at times seen as a threat by their subjects.

With more than 500 killings during the last 10 years, journalism is one of the most dangerous professions in the world.

In a country, where journalists eat death threats for breakfast and receive bullets and black ribbons as gifts for simply doing their job, Syria has become the most dangerous country in the world for journalists. In its 2013 annual report, the Committee to Protect Journalists counted at least 29 journalists killed while working in Syria, bringing the total up to 63 since the violence began in late 2011.

Nearly half of the journalists killed in Syria were freelancers – that is, journalists who work for more than one organisation and who are paid fees per piece delivered, rather than salaries. Some were volunteers or activist “citizen journalists”.

According to the annual report, Iraq and Egypt each has also seen a spike in fatal violence”. In total, the Middle East accounted for two thirds of journalist deaths with a motive confirmed, last year.

Journalists in Iraq are not only facing the danger that comes with working in a war zone, they are being hunted down and assassinated simply because they are suspected of cooperating with western news agencies, because of their religious or political affiliation, or because their murderers believe that killing journalists will advance their aims

The worst tragedy ever recorded was when 30 journalists in the Philippines were killed in a single incident in late November of 2009.

Threats come from many different directions: from drug cartels or rebel groups; from autocratic governments or ethnic enemies; from stray bullets or terrorist bombs.

In addition to deaths, kidnapping has been used as a method of silencing journalists, with over 60 cases reported in 2013 alone.Â  The only regularly maintained, international statistics focus solely on deaths, not touching on beatings or kidnappings.

Earthquakes, hurricanes, floods, tsunamis, cyclones, volcanic eruptions, avalanches, and landslides can all strike with little or no warning. Images of disaster, death, and destruction are powerful and journalists are to be prepared to encounter disturbing images.

For journalists, temporary stress reactions to traumatic events are not uncommon, but repeated exposure to stress and trauma may increase the risk of more serious and long-lasting difficulties such as depression, post-traumatic stress disorder, panic disorder or substance abuse.

With breakdowns in communication, transportation, and power, journalists are expected to provide the public with quick and accurate information as it develops.

In these breaking news scenarios, tight deadlines and the 24-hour news cycle amplify the pressure, as news consumers, especially those with family and friends in the affected areas, hunger for updates.

In a conflict zone you can hear the sounds of bombs and bullets. But when itâ€™s something thatâ€™s invisible, itâ€™s more unnerving than covering a war.

Along with health workers and aid workers, journalists have to get right up close to the epidemic to do their job, donning gloves, masks and rubber boots and washing hands with chlorine countless times a day.

Step in the wrong place in a hospital ward and youâ€™re vulnerable to contaminated fluids. Simply brushing your arm against a sweaty doctor puts you at risk. A flak jacket and helmet might protect a war photographer from shrapnel, but the full-body protection suits intended to shield skin from the virus are themselves potentially lethal. Improper removal of gloves, for example, can result in infection.

Fear over the disease has led to extreme precautions. On top of all the safety precautions, one of the main rules on the ground for reporters is to keep your distance. Journalists should stand back at least six feet if interviewing someone with symptoms. They should bring their own sprayer and disinfectant, in case supplies run out in the market. They have to wash their hands with chlorine constantly. Same goes with rubber boots and vehicles.

Other precautions journalists take while covering the epidemic is to not shake hands or touch orifices. They canâ€™t take taxis, which are often used as ambulances nor wear lapel mikes and have to check their r temperature for fever twice a day, including 21 days after leaving the zone.

To avoid being kidnapped or killed in combat zones, reporters can vary their routines by, say, changing hotels, using different taxis, and never eating at the same restaurant more than once. Evading the contagion of Ebola, however, requires that journalists act in a rigorously repetitious fashion: Take every photo from a safe distance, without any risk of human contact. Every single time!

Whether itâ€™s a war zone or Ebola, a journalist has to be in the middle of it to get the best possible report and picture.

Reporters are still human and while people sit home safely in their living rooms, they forget that the people on the other side are risking their lives, often times, to bring these stories.