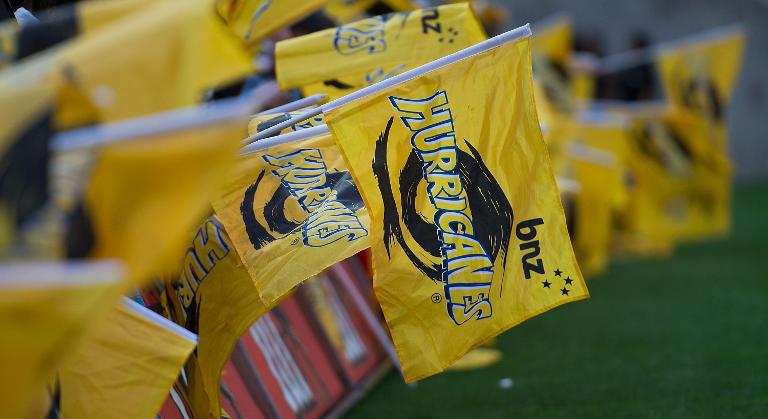 New Zealand’s Wellington Hurricanes extended their lead at the top of Super Rugby as title rivals fell by the wayside in this weekend’s round of matches.

The Hurricanes posted a four-try, bonus-point 29-23 win over seven-time champions Canterbury Crusaders, while the ACT Brumbies and Waikato Chiefs both lost.

The Northern Bulls regained the lead in the South African conference with a thrilling bonus-point 35-33 triumph over fellow South Africans Golden Lions in Pretoria to be second overall on the championship standings.

Defending champions New South Wales Waratahs won their fourth-straight game against the Brumbies 13-10, while the Chiefs were upset 16-15 by the Rebels in Melbourne.

The Blues trounced Australia’s Western Force 41-24 in Auckland, while the Queensland Reds had a bye.

The Hurricanes increased their championship lead to nine points over the Bulls and saw off the immediate threat to their New Zealand conference advantage from the Chiefs with their win over the Crusaders in Wellington.

At half-time it was 17-17 with two tries apiece. But in the second half, the Crusaders had to rely on penalties for further points while the Hurricanes scored two more tries in a six-minute burst to seal the outcome.

The Bulls ended the five-match winning streak of the Lions at Loftus Versfeld stadium in a high-tempo match featuring seven tries.

The Waratahs closed to within one point of the Brumbies lead in the Australian conference with their first win in the national capital in four years.

Both sides scored a try each but it was the Waratahs’ superior defence and goalkicking that earned them a crucial win over their fierce rivals following their stormy 28-13 win in Sydney earlier in the season.

The Brumbies had their chances as they dominated possession and territory in the second half, but the Waratahs’ defence were unyielding even when they were reduced to 14 men late in the second term.

The Rebels pulled off one of their greatest victories with a tenacious win over two-time champions Waikato.

The Rebels dug deep to repel the Chiefs in a mighty second-half performance after leading 16-3 at half-time.

It was the first time in four encounters that the Rebels had beaten the Chiefs, who dropped five points behind the Wellington Hurricanes in the New Zealand conference.

The Highlanders, buoyed by the return of All Black trio Ben Smith, Malakai Fekitoa and Aaron Smith, ran away with their match against the Sharks in the second half.

The bonus-point victory took the New Zealanders’ record to seven wins from 10 matches, consolidating their spot in the top six as a clutch of rivals breathe down their neck, while it was the fourth-straight defeat for the Sharks.

Title hopefuls Stormers started the match at Free State Stadium as favourites after three consecutive victories, but finished it pointless against the Cheetahs after trailing 18-10 at half-time.

The Blues triumphed in the battle at the bottom of the ladder when they demolished the Force.

The bonus-point win gave the Blues their second victory from 11 games this year while the Force, who also picked up a bonus point, remain firmly anchored in last place as they suffered their 10th consecutive defeat.