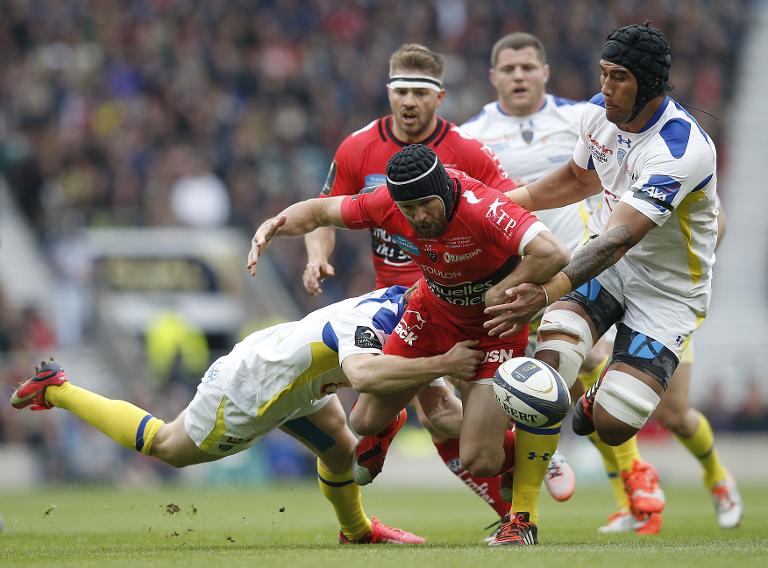 Australia’s Matt Giteau said he would love to return to Twickenham with the Wallabies at this year’s World Cup after guiding Toulon to an unprecedented third straight European title at the home of English rugby.

Having made his Test debut as a 20-year-old at Twickenham back in 2002, Giteau effectively called time on his 92-cap Australia career when he signed for Toulon after failing to be included in the Wallabies’ squad for the 2011 World Cup.

But he was given a route back into the international arena when the Australia Rugby Union announced last month it was relaxing its hardline stance barring overseas-based players from representing the Wallabies.

“I signed over here knowing I wouldn’t play Test rugby again,” said Giteau after Saturday’s match. “Now the rules have changed, it’s a possibility. I had no idea it was coming, but I’m happy it has.

“It’s very exciting for Australian rugby that they’ve changed that (the eligibility rules). For me in particular, it doesn’t change a great deal until I’m contacted.”

Saturday’s match was just about the nearest thing to Test standard without being a full international.

“It’s as similar as you are going to get to Test match rugby,” said the 32-year-old Giteau.

“I’ve always been reasonably confident, without being arrogant. I enjoy playing big games.

“Given the opportunity, it would be great to play Test match rugby again. But I haven’t played it in a long time.”

Someone else who did their prospects of a Test recall no harm on Saturday was Toulon’s Drew Mitchell, with the Wallaby wing scything his way past six players for a sensational match-clinching try 10 minutes from time as he reminded Australia coach Michael Cheika of his enduring class.

“I’m a bit biased, because he’s my best mate, but to see him do something so special was amazing,” said Giteau.

“Obviously, he feels pretty good about it and he’s got his new mouthguard, his gold mouthguard, out there as well so he’s quite happy about that.”

But Giteau said there was far more to Mitchell’s game than try-scoring.

“It’s not just that,” Giteau insisted. “There’s a lot of things defensively, he made some really good decisions and under the high ball he was solid.

“For me, he always performs on the big stage. It’s not for me to say if he should be selected or not, but I would think he’s in the top 30 players in Australia.

“That would be my opinion. But we’re not selectors, we just go out there, play the best we can and then see what happens.”

Two-times champions Australia have been drawn in a World Cup pool with tournament hosts England and Wales, meaning one of the sport’s heavyweights will bow out from the so-called ‘group of death’ at the first round stage, with only two going through to the quarter-finals.

“It’s amazing to be part of a World Cup,” said Giteau. “I was fortunate enough to play in two, one in Australia (when the Wallabies lost to England in the final in 2003) and one in France (when England beat them in the quarter-finals).

“They are phenomenal occasions to be a part of and I wouldn’t write out Fiji (also in the same 2015 pool as Australia).

“They are obviously a good team and can cause some upsets.

“The World Cup is a great thing to be involved in, if I’m not playing, I’ll be over here doing some speaking gigs, surely,” joked Giteau.