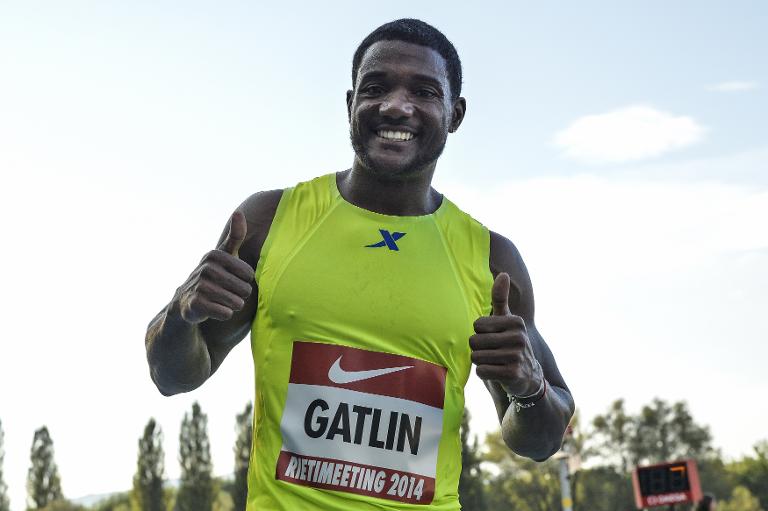 A US team led by Justin Gatlin rained on Usain Bolt’s parade in the 4x100m at the World Relays as the US team wrapped up three of the four titles on offer, one in world record time.

Bolt was one of the big names to have missed the inaugural edition of the IAAF’s gamble at an innovative track event, but his bid to add to his accolades in front of a raucous crowd in the capital of the Bahamas fell two metres short.

Snatching the baton from teammate Nickel Ashmeade, Bolt powered down the home stretch of the Thomas A. Robinson stadium, but was unable to catch Ryan Bailey and add to his three world and two Olympic relay golds.

Instead, Bailey led the US quartet also comprising Mike Rodgers, Gatlin and Tyson Gay – all of whom have served doping bans ranging from nine months to four years, home in 37.38 seconds, with Jamaica finishing 0.30sec behind and Japan claiming bronze.

Rapturous applause welcomed Bolt, who acquired his ‘Lightning Bolt’ nickname when setting three records at under-17 level at the CARIFTA Games in the Bahamas in 2002, to the blue track.

The inevitable lingering television close-ups relayed on to the big screen showed him preening his hair, waving and returning the applause.

But it was not to be on a warm, windy night, Gatlin’s second-leg strait setting up a comprehensive US win.

In other finals, the US men’s team claimed the 4x800m in 7min 04.84sec, Robby Andrews holding off Kenyan Jeremiah Mutai on the final two laps.

“My teammates put me in a great position and I hope I didn’t make them too nervous out there!” Andrews said after his race played out to the beat of a military brass band synching with some high-stepping, day-glo carnival dancers.

Kenya initially placed second, but were later disqualified for “changing team composition and running order”, Poland upgraded to silver, with Australia claiming bronze in a race in which only five nations competed.

But a US women’s team featuring the most successful woman in relay history in Allyson Felix were trumped by Nigeria in the 4x200m.

Jeneba Tarmoh’s handover to Felix went awry and Christy Udoh steamed past as the Nigerians timed 1:30.52 for gold ahead of Jamaica and Germany.