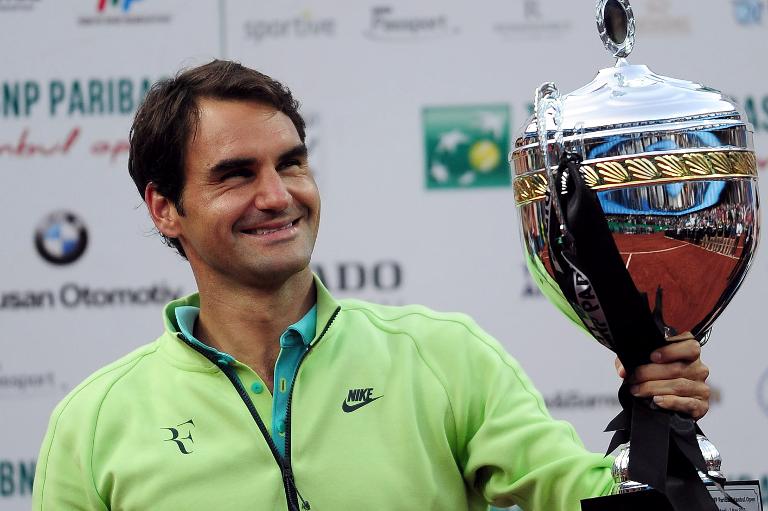 Roger Federer said winning an 85th career title at the Istanbul Open had given him a boost in confidence on clay ahead of the French Open later this month.

Federer beat Uruguay’s Pablo Cuevas 6-3, 7-6 (13/11) to end a drought of tournament victories on clay dating back to 2012, with both players thrilling the crowd in a nail-biting second set tiebreak.

“It’s been a tough week with four tough matches. I am very proud to be the first champion here,” world number two Federer told reporters after Turkey’s first ever ATP World Tour event.

“I picked up confidence and I picked up another title,” he said. “I feel really good about my game now. It’s been a fitness test and a mental test.”

The title was Federer’s first tournament win on clay since his victory on the blue clay of Madrid in 2012 and his first on the traditional red clay since his sole French Open win in 2009.

Federer said his recovery would be important after the series of testing matches in Istanbul as “you don’t want to roll into the French Open tired”.

He said he would take some days off ahead of the upcoming Madrid Open and would then decide whether to play in the Rome Open in the subsequent week ahead of Roland Garros.

Federer expressed satisfaction he had come through the final in the dramatic tie break on Sunday when both players suffered mini breaks, squandered chances and made brilliant winners.

“The tie break was crazy.

“There was a good atmosphere and winning 6-3, 6-3 would not have been the same thrill. It was tough and Pablo played really well. I tried to stay aggressive,” said Federer.