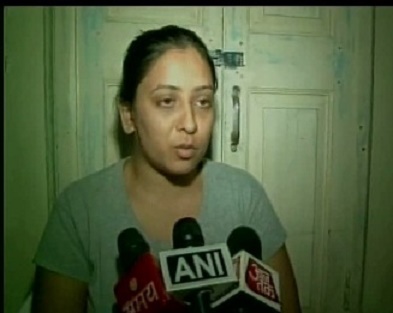 Anand: The family of the Indian-origin Gujarati woman working at a fuel station inÂ South Carolina, who was shot in an armed robbery and succumbed to her injuries, on Sunday expressed concern over the incident and pleaded for justice.

They also requested Prime Minister Narendra Modi to work up something for the safety of Indians overseas.

“It is very sad. This is the fifth incident wherein a Gujarati was being targeted. We want justice and I also request Prime Minister NarendraÂ ModiÂ to please do something for Indians in the U.S.,” said the woman’s niece.

“She (Patel) has a store on the Atlanta highway. Yesterday night, at around 10: 45, someone came to her store to buy cigarettes. There was some issue over money and they opened fire,” said Kiran, the woman’s relative, recounting the incident.

“Another customer came to the store and found her lying on the floor. He informed the Police and she was hospitalized,” he added.

Mradulaben Patel was the co-owner of a store at a gas station in Powdersville. An unidentified man is believed to have shot the 60-year-old in the face on Thursday night. Police has asked for help to identify the attacker.

According to reports, Patel holds American and British citizenship. It appeared to be an attempted robbery and not a racial attack.

Police were quoted as saying that video footage showed a man walking into the store and buying a pack of cigars.

Authorities are reviewing the surveillance footage that showed the suspect asking for cigars and then shootingÂ PatelÂ .

This is the fifth incident in four months whereÂ Gujaratis have been attacked in the US.