Home Cityscape Education for all: Cow gets admit card for exam! 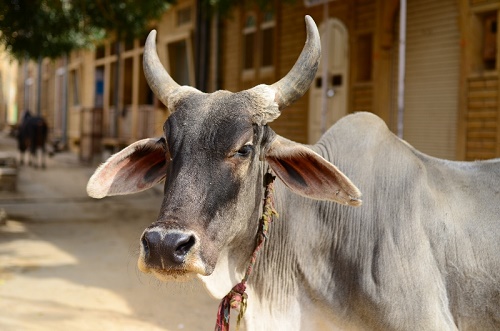 In a strange turn of events, a cow was issued an admit card by authorities to write a professional entrance examination next week in Srinagar.

The admit card for the entrance examination for Diploma in Polytechnic was issued by Board of Professional Entrance Examinations (BOPEE) in the name of Kachir Gaaw (Brown Cow) who is supposedly daughter of Gura Dand (Red Bull).

The cow was allotted a seat at the Government Degree College Bemina for writing the examination scheduled to be held on May 10. 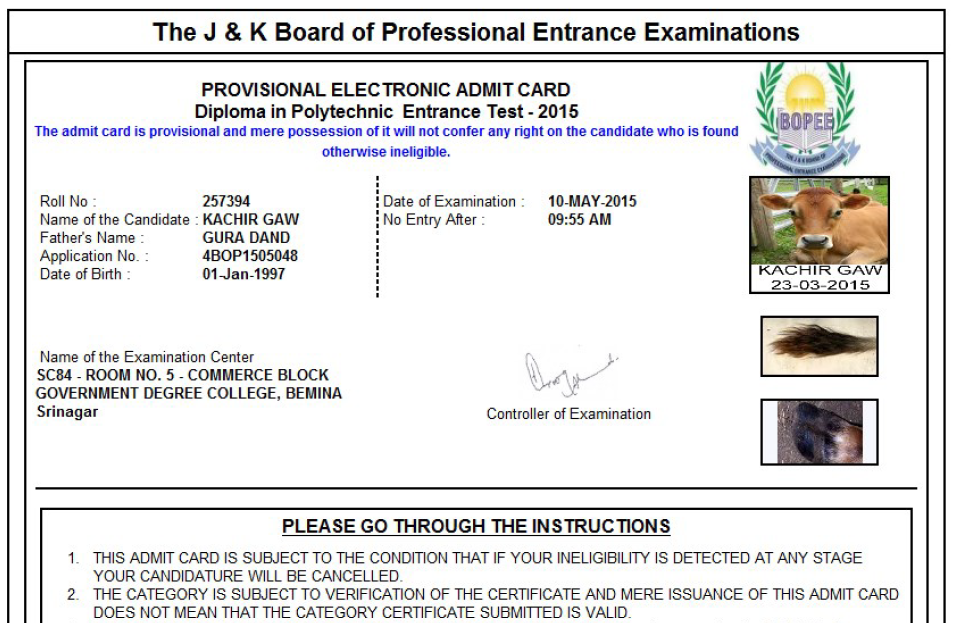 “I have both the Provisional Confirmation Page for applicant Ms â€˜Kachir Gawâ€™ as well as details of payment she made to BOPEE,â€ Mattu wrote on his account.

Mattu claimed that the records about the admit card had been taken off the BOPEE site at the behest of the state government.

â€œHowever, after an informal heads-up was sent to the government, BOPEE was asked to take the record down from their website this morning.

â€œ(Education Minister) Mr. Naeem Akhtar @jkpdp has some explaining to do. New benchmark of progress in Education Sector under him â€” COWS getting roll no slips?â€ Matuu added.

Controller Examinations of BOPEE Farooq Ahmad Mir said there was not much the authorities could do to prevent people from playing such pranks.

â€œAll the applications are now made online. There is an image recognition software which does not differentiate between a human face and an animal picture. Someone has played a prank,â€ Mir said.

Mir, however, said BOPEE will file a complaint against the prankster. â€œWe will track down the IP address of the person who has played this prank,â€ he added.