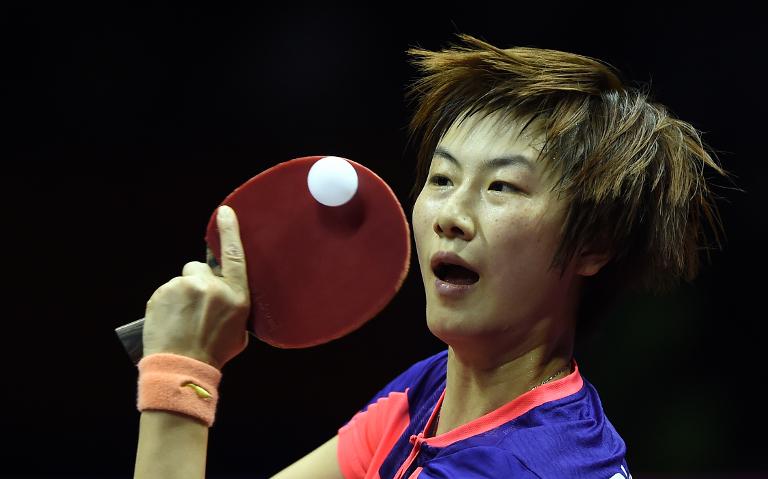 Trailing 2-0 in the deciding seventh game Ding, the 2011 world champion, fell awkwardly turning her ankle but gallantly limped on and recovered sufficiently to secure a brave win before being rushed to hospital. She returned for the medals ceremony after X-rays revealed no broken bones.

“I definitely didn’t want to give up since I had come so far,” a relieved Ding told the official Chinese news agency Xinhua afterwards. “I just wanted to give out all my strength in this match. Finally I won the match and I feel that it is just like a dream.”

Liu seized the opening game in front of a packed home crowd at Suzhou Expo International Center but Ding struck back to take the next three games and stand on the brink of the title.

With little to lose Liu went for broke in the fifth and raced into a 6-2 lead. Ding pegged it back to 9-8 but Liu held on to extend the match and again went ahead 6-2 in the sixth from where she levelled the match.

There was an extended break as Ding received treatment on her twisted ankle early in the decider before she somehow got over the line to a standing ovation.

Chinese women have monopolised the event since 1995, with Deng Yaping winning twice, Wang Nan three times in a row, Zhang Yining and Ding twice, Guo Yue and Li once each.