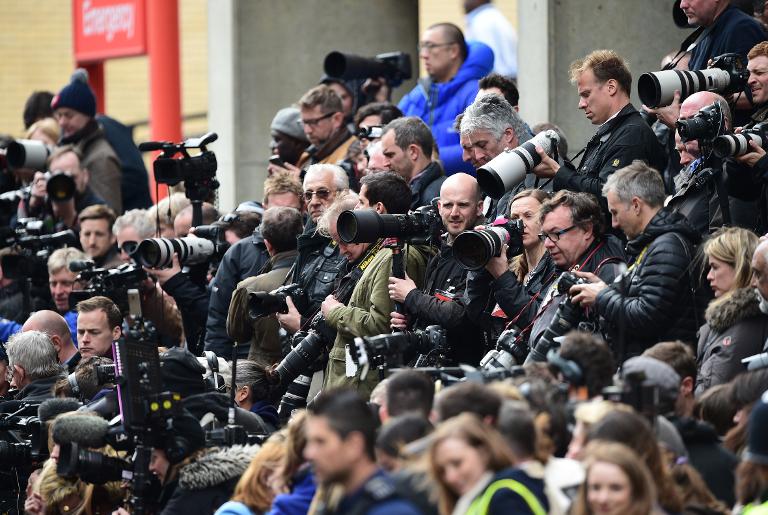 Britain’s Sunday newspapers reacted with joy to the arrival of a baby princess, filling their front pages with close-up pictures of the newest addition to the royal family.

Many also ran souvenir pullouts filled with pictures of Prince William and his wife Kate proudly showing off their newborn daughter.

The papers were filled with shots of the proud parents and the baby’s older brother, one-year-old Prince George, who made a rare public appearance.

Only The Independent on Sunday — which turns its nose up at royal news — did not put the new baby on the front page, focusing instead on Thursday’s upcoming general election.

“A sister for George!” said The Sunday Telegraph broadsheet, with a full front-page picture of the baby cradled in her mother’s arms.

The Sunday Times broadsheet had a near-identical front page, with the small headline “The new people’s princess”, a reference to William’s late mother Diana, princess of Wales.

The Sun and its rival tabloid the Sunday Mirror also had carbon copy front pages, with the unusually (for them) lower-case headline “Sleeping cutie” and a full front-page picture of the snoozing princess’s face poking out from the baby car seat.

“Princess and the glee” said the Sunday People, with a picture of the waving Kate looking upwards.

The Mail on Sunday had a picture of the beaming mother holding the baby, with the headline “Wasn’t she worth the wait, Kate!” with coverage from pages two to 15 and a 20-page pullout.

The nation is “smitten”, according to the Daily Star tabloid, which swapped its normally red-outlined pages for pink to celebrate with a souvenir edition.

The Sunday Times, in its editorial, said: “It is fashionable — indeed, it is difficult to resist the urge — to mock the circus that surrounds a modern royal birth,” citing the “eccentric monarchists” camped outside and the 24-hour news channels desperately filling the time.

“Viewed in a more reflective mood, however, moments like this highlight the contrast between the two sides of royal life,” it said — the public celebrations and the private fledgling family.

The birth is “a reminder of the things that really matter in life”, said The Sunday Telegraph.

Offering its readers a pull-out poster of the princess cradled in her mother’s arms, the Sunday Express declared: “Bless her”.

The Sun said joy swept the nation when the news came through.

The princess is part of a monarchy that is adapting to the modern world, the Sunday Mirror said.

Although it carried a picture on its front page, The Observer kept its coverage to a minimum with a one-page report inside.

The Independent on Sunday buried its story on page 29.