Home Face Off Brand of Football 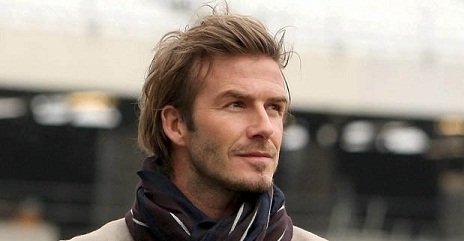 Glorified and vilified, worshipped and ridiculed, he is one of Englandâ€™s most iconic athletes whose name is an elite global advertising brand.

His on-field accomplishments have learned to take a back seat to the off-field spectacle that has become his life.Â Â A tabloid favorite, he is a celebrity, treated as near-royalty, hounded by the press who dwell on his every move.

At an early age, Beckham showed his own promise as a footballer, winning the coveted Bobby Charlton Soccer Schools National Skills competition at the age of 11. His talent soon caught the notice of Manchester United team officials, who asked him to try out for the club’s youth league.

By the age of 16, Beckham had left home and was playing for United’s training division. Two years later he made the club, and by 1995, he was a full-time starter.

Beckham wasted little time in making a splash on the English football landscape. The talented goal scorer was named the Professional Footballers’ Association Young Player of the Year in 1997. A year later, he was one of the leading faces of England’s World Cup team.

However, the World cup turned out to be a bad tournament as he was sent off in the quarterfinal match against Argentina. England eventually lost out in the penalties and Beckham was heckled and treated as a villain back home.

In 1999, he led Manchester United to the Premier League title, the FA Cup championship, and the Champions League title. Thanks to a last-minute free kick against Greece in 2001, England qualified for the 2002 World Cup.

His time with United proved to be shorter than anyone thought. In 2003, he was acquired by Real Madrid in a stunner of a deal that brought to light Beckham’s growing rift with Manchester’s manager, Sir Alex Ferguson.

He immediately became popular with the Real Madrid fans, but the team did not perform well enough to win either the Spanish League or the Champions League.

With the start of the 2006-07 season, Beckham was reduced to a bit-part role under new coach Fabio Capello and he subsequently stalled on contract renewal talks. In January, Beckham announced he had signed a five-year deal with MLS side Los Angeles Galaxy worth $250 million.

BBC Sports Personality of the Year: 2001