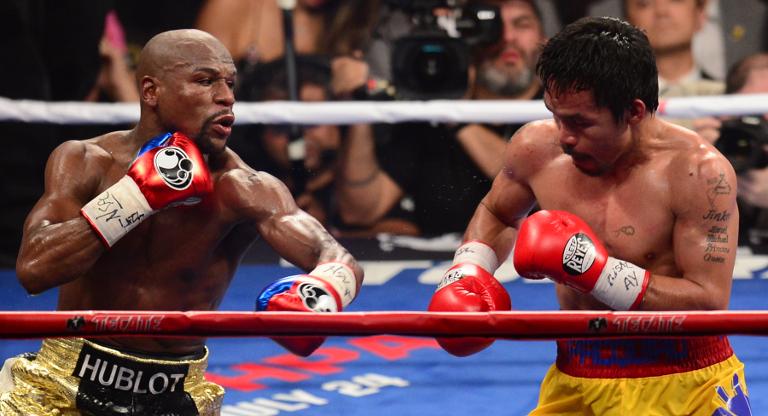 Filipino ring icon Manny Pacquiao revealed he was battling a right shoulder injury on Saturday in his unanimous decision defeat to Floyd Mayweather.

Pacquiao said he hurt his right shoulder in training camp some three weeks before the bout, an injury severe enough to have him considering postponing the “Fight of the Century.”

“But one week before the fight my shoulder was getting better and better,” Pacquiao said of his decision to go ahead.

He had hoped to receive an anti-inflammatory injection before the fight, which he said he had done with the approval of the US Anti-Doping Agency during training camp.

But the Nevada State Athletic Commission, which oversees boxing in the state, denied permission for the shot.

“I cannot use my right shoulder a lot,” he said. “The fight was still good. But what we wanted to do we couldn’t do because of my shoulder.

“In the third round I I already felt the pain in my shoulder. When I threw a lot of combinations I had to back off because it hurt.”

That said, Pacquiao said he didn’t want to make excuses for a defeat that saw him fall to 57-6 with two drawn and 38 knockouts.

“I did my best, and my best wasn’t good enough,” he added.

“I had injuries also going into this fight,” the victor said.

“And if he would have come out victorious, I would have said you know what I’ve got to show respect and say he was the better man,” added Mayweather, who said both of his arms and both hands were injured.

“But I will always find a way to win,” Mayweather said.

Athletic commission chairman Francisco Aguilar refuted Pacquiao promoter Bob Arum’s claim that the fighter’s camp had alerted officials to the injury days before the fight, and filed a request for the anti-inflammatory shot.