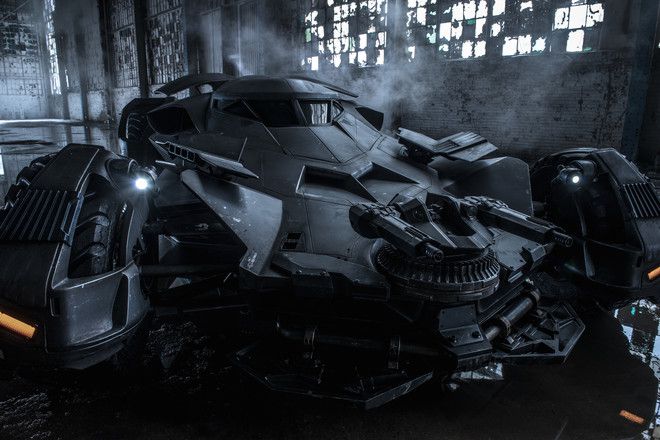 With the release of the trailer of upcoming Batman vs Superman: Dawn of Justice , the Batmobile once again became an attraction among the Batman fans. Its all new design with its sharp curves and upgraded specification, it has became a part of talks.

75 years, the Batmobile has captivated readers and viewers alike with its mix of futuristic design and American muscle. Batmanâ€™s car or Batmobile has always been an attraction linked with Batman series for decades. Over the years Batmobile has evolved and caught the eyes of Batman followers. Here are some of the Batmobiles with are still recalled by Batman fans.

Batman drove a simple red sedan in the early comics and a Cadillac in the 1940s serials. Something more iconic was needed for the 1960s series. Designer George Barris was given just 15 days and $15,000 to come up with a car suitable for the crime fighter. As the base, he used a Lincoln Futura concept car that Ford ultimately sold him for $1. The ride was originally painted dull gray with white trim, but when that didnâ€™t look captivating enough, it was changed to the familiar gloss black with red striping. The â€œjet engineâ€ sticking out of the back was actually a five-gallon paint can. Actor Adam West did much of the driving, much to co-star Burt Wardâ€™s chagrin. Ward was said to be terrified. Â Â

1989â€™s â€œBatmanâ€ Director Tim Burton was after a â€œtoughâ€ and imposing car to match the darker tone of the film. The design was, in part, based on salt-flat racers from the 1930s. When the car was being built, designers realized theyâ€™d forgotten one important element: a door. It was quickly decided Batman would get in and out through a sliding canopy on top, like a jet fighter. Unfortunately, Batmanâ€™s ears kept getting caught in the closure, so a special cowl with shorter ones was created just for riding in the car. The paint job was also problematic; it easily scratched. In one scene, Kim Basinger can be seen taking off her shoes before getting out of the Batmobile because the heels would have scratched the finish.

1995â€™s â€œBatman Foreverâ€ Director Joel Schumacher initially asked â€œAlienâ€ designer HR Giger to offer his take on the vehicle. He returned with a highly detailed, X-shaped car that was ultimately deemed too difficult to build. Designers took inspiration for the finished product not from existing cars, but from jellyfish and deep-sea creatures. The car is made of carbon fiber, like some jets, and its flame-throwing engine on the back came from a hot-air balloon. The first time the designers tested it, the blast set off sprinklers inside the machine shop.

1997â€™s â€œBatman & Robinâ€ Generally, filmmakers build multiple cars for different purposes and in case one gets damaged. This model proved so expensive, only one was built. (Much of its time onscreen is done with models and CG.) The longer body was inspired by 1930s cars. No commercial tires would fit it, so designers used a custom set that had no tread. A customized Batman logo was cut into each, leaving a Bat-track wherever the car drove.

2005â€™s â€œBatman Beginsâ€ Director Chris Nolan insisted on a more practical approach to the vehicle, something based on science and real-world logic. The result was a tank-like car that began life as a combo of Lamborghini and Humvee, with an airplane cockpit glued on top. The Tumbler, as itâ€™s called, was outfitted with 44-inch monster truck tires and a Chevy V-8 engine. It was capable of such great speeds that for its return in 2008â€™s â€œThe Dark Knight,â€ the productionâ€™s Mercedes camera-car had to be supercharged to keep up. Driving it was no picnic. Christian Bale describes the noise inside as â€œlike having Ozzy Osbourne screaming in your ear.â€ The front window was also so small that lipstick cameras had to be affixed to the outside, feeding a picture to monitors inside for the stunt driver to see.