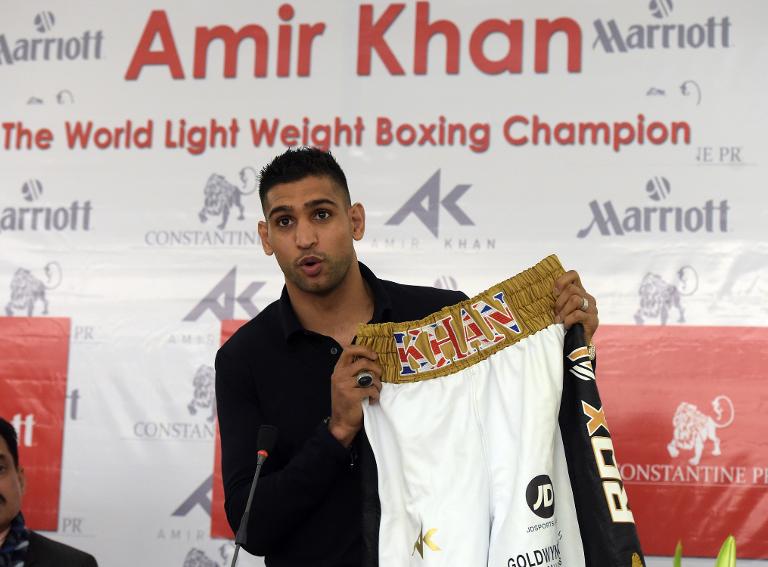 Britain’s former two-time light-welterweight world champion Amir Khan has said he wants to be the next opponent for Floyd Mayweather after watching ringside as the American outpointed Manny Pacquiao in the Las Vegas superfight on Saturday.

Mayweather kept his unbeaten record with a unanimous points victory over Pacquiao in a welterweight unification showdown that failed to live up to all the pre-match hype, but fully highlighted the winner’s superb defensive skills.

Mayweather said after the fight that he would only get in the ring once more – in September – and Khan, 10 years younger at 28, believes he is ideally placed to be the American’s final opponent.

“I spoke to Len Ellerbe, his manager, I saw him in the media room and he came over to say ‘hi…he’s ready when you are’.

“I think Mayweather’s team are wanting the fight. But then – on the other hand – I’ve even spoken to Manny’s team and they said the same thing. (They said), ‘Look Amir, I think it’d be good to have the fight between you and Manny next’.

“So, I’m in a position where I could fight either guy but I think Mayweather’s the one I want, because I really believe I have his number.”

The Bolton boxer, with 30 wins and three losses to date in his career, is in action later this month in New York taking on Chris Algieri, but he hopes to get in the ring with Mayweather later this year or early in 2016.

“I think it would be an amazing fight, one that boxing fans all around are talking about because I really believe size is a big factor between me and him and the speed and the power as well. I really believe I have his number.”

Early reactions to the richest fight in boxing history were mixed with Oscar de la Hoya, a former rival of both Mayweather and Pacquiao saying on Twitter: “Sorry boxing fans” and “call me old school but I like the fans getting their money’s worth by watching an action packed fight.”

Others though praised the boxing skills of Mayweather as he took his unbeaten streak to 48 wins over 19 years.

Former world heavyweight champion Mike Tyson, who had picked Pacquiao to win told Sky Sports: “It’s him. It’s who he is. It’s just his time at the moment.”

Britain’s Lennox Lewis on Twitter said: “If U can’t catch it you can’t hit it #Maypac that pretty much sums up the fight.”

Frank Bruno hailed Floyd Mayweather as a supreme “craftsman” of the boxing ring.

“In this generation you have to go very, very far before you can be a skilled craftsman, businessman, technician, professional and a king in knowing his craft,” he told BBC Radio 5 Live’s Sportsweek programme.

“As a boxer you’ve got to admire him, he’s got to go down as one of the greats.”