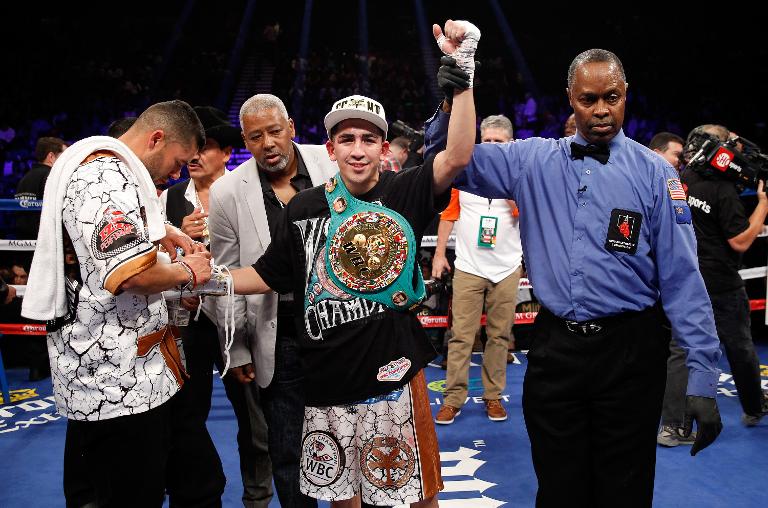 He said Bayless will need to be on guard if Mayweather resorts to raising his elbows, to make sure Pacquiao doesn’t suffer a cut.

“Floyd is not a dirty fighter by nature,” Cortez told AFP. “But when an opponent begins to get to his head from in front, he will raise his elbows to defend himself.

“Kenny Bayless must be very careful that when Floyd raises his elbow he doesn’t cut Pacquiao and force the bout to be stopped and Mayweather disqualified.

“That would be disastrous,” Cortez noted, in a bout that has garnered worldwide attention.

Visiting the press tent Friday, Cortez was mobbed by reporters wanting his opinion on how the fight would unfold.

The 70-year-old Hall-of-Famer said he remembers the four Mayweather fights he worked well, and thinks the 47-0 American is one of boxing’s best counter-punchers.

“He is clearly one of the best stylists in the ring, with great defense and intelligence. It will not be easy for Manny to solve his style.”

He has refereed seven of the Filipino’s fights — including bouts against Shane Mosley, Ricky Hatton, Miguel Cotto and Juan Manuel Marquez — and five Mayweather fights.

The 64-year-old has been a professional referee for 24 years, with more than 100 title bouts on his resume.

“Bayless is now the best in the business.” Roach said.

“I think we have the best judges and Kenny Bayless is the best referee here, and that guarantees a fair fight,” Roach said.