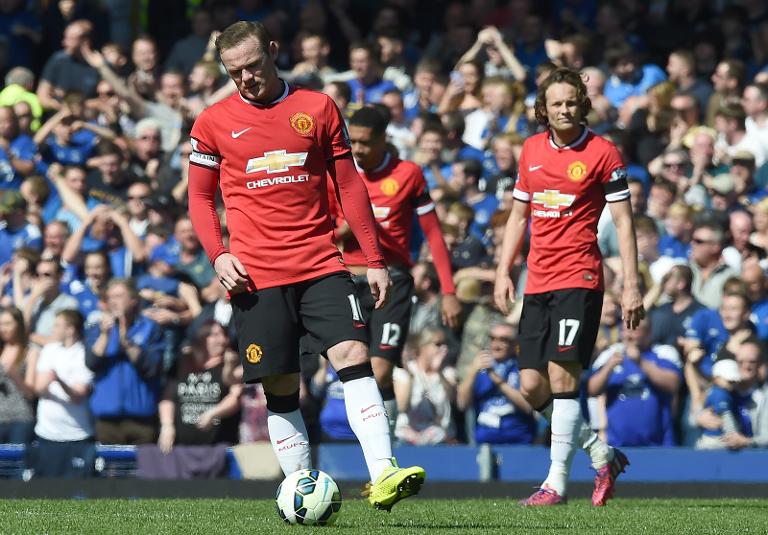 Louis van Gaal is hoping Wayne Rooney’s quick recovery from a knee injury will provide the spark to revive spluttering Manchester United’s bid to seal their place in the Champions League.

Van Gaal’s side crashed to a second successive defeat last weekend when they were routed 3-0 by Everton and it seemed that loss at Goodison Park might have further repercussions when United captain Rooney limped off in the closing stages.

But van Gaal confirmed on Friday that the England forward would be fit to face West Bromwich Albion at Old Trafford on Saturday as fourth-placed United look to secure a win that could guarantee their berth in Europe’s elite club competition next season, depending on the results of fifth-placed Liverpool and sixth-placed Tottenham.

“Rooney is fit to play, the injury was not so heavy as we expected,” said van Gaal, whose team are seven points clear of the chasing pack with four games remaining.

United’s Michael Carrick, Marcos Rojo, Rafael and Jonny Evans are all out, but injury-plagued Dutch striker Robin van Persie could start for the first time in more than two months.

On Sunday, the stage is set for a Premier League coronation as champions-elect Chelsea host Crystal Palace needing three points to claim a first league title since 2010.

Chelsea’s 3-1 win at Leicester City on Wednesday left them 13 points clear of nearest rivals Manchester City and Arsenal, who have a game in hand, and brought the league trophy to within touching distance.

The title seems destined for Stamford Bridge regardless of what happens this weekend, but Chelsea goalkeeper Petr Cech is eager to cross the line in front of the club’s fans.

“It’s amazing when you win a title, but if you win it at home it puts the icing on the cake,” said the 32-year-old Czech, who deputised for Thibaut Courtois at Leicester.

With Palace 12 points clear of the bottom three and safe from relegation, they would appear to represent perfect dupes for Chelsea’s title party.

But while Alan Pardew’s side have lost their last two home games, going down 2-0 to West Brom and Hull City, they have been beaten only once in eight matches on the road.

“Stamford Bridge is ready to celebrate, but if I can ask something from them it is to not celebrate,” warned Chelsea manager Jose Mourinho.

“We all want to win on Sunday, but it will be a difficult game. Stamford Bridge must be ready to push us. I hope they want to play the game with us. We need them to help us win the title on Sunday.”

As well as the title race, the battle for Champions League qualification also appears to be sewn up, with Liverpool now seven points adrift of the top four following their lacklustre 1-0 loss at Hull on Tuesday.

But while City, Arsenal and United look assured of a top-four berth, it is only by finishing in the top three that automatic passage to Europe’s elite club competition can be secured.

City currently lead the way, heading Arsenal on goal difference, but they have played a game more than Arsene Wenger’s men and face an awkward trip to sixth-place Tottenham Hotspur on Sunday.

Arsenal are not in action until Monday when they visit Hull.

The relative stability at the top of the standings has lent greater prominence to the battle to avoid relegation.

Bottom club Burnley, five points adrift of safety, could be left on the brink of an immediate return to the Championship if they do not win at West Ham United.

Queens Park Rangers, a point better off, are similarly desperate for points ahead of their trip to Liverpool, while third-bottom Sunderland, who have a game in hand on all the teams around them, host Southampton