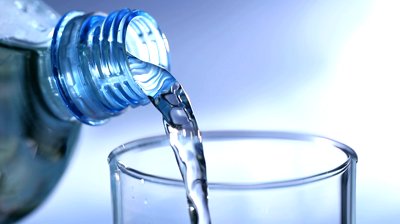 Washington: If you want to stay away from type 2 diabetes, choose water instead of sugary drink every day, as per a new study.

The research indicated that for each 5 % increase of a person’s total energy intake provided by sweet drinks including soft drinks, the risk of developing type 2 diabetes may increase by 18 %.

However, the study also estimates that replacing the daily consumption of one serving of a sugary drink with either water or unsweetened tea or coffee can lower the risk of developing diabetes by between 14% and 25 %.

In this research based on the large EPIC-Norfolk study which included more than 25,000 men and women aged 40-79 years, study participants recorded everything that they ate and drank for 7 consecutive days covering weekdays and weekend days, with particular attention to type, amount and frequency of consumption and whether sugar was added by the participants. During approximately 11 years of follow-up, 847 study participants were diagnosed with new-onset type 2 diabetes.

Lead scientist Nita Forouhi from University of Cambridge said that by using this detailed dietary assessment with a food diary, they were able to study several different types of sugary beverages, including sugar-sweetened soft drinks, sweetened tea or coffee and sweetened milk drinks as well as artificially sweetened beverages (ASB) and fruit juice, and to examine what would happen if water, unsweetened tea or coffee or ASB were substituted for sugary drinks.

In an analysis that accounted for a range of important factors including total energy intake the researchers found that there was an approximately 22% increased risk of developing type 2 diabetes per extra serving per day habitually of each of soft drinks, sweetened milk beverages and ASB consumed, but that consumption of fruit juice and sweetened tea or coffee was not related to diabetes.

Forouhi added that the good news is that the study provides evidence that replacing a daily serving of a sugary soft drink or sugary milk drink with water or unsweetened tea or coffee can help to cut the risk of diabetes, offering practical suggestions for healthy alternative drinks for the prevention of diabetes.