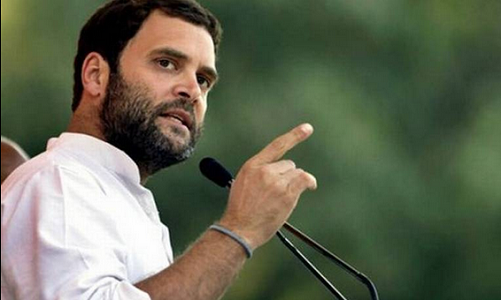 New Delhi: After taking on the Prime Minister Narendra Modi-led government on issues like net neutrality and land acquisition bill, Congress Vice President Rahul Gandhi intensified his assault on the government by reaching out to home-buyers.

He invited home-buyers to the Congress headquarters on Saturday to discuss concerns about a new real estate bill that the Congress has termed anti-consumer. There are fears that the bill, keenly awaited by middle-class voters, dilutes penalties for late delivery of homes and does not safeguard against money being diverted from one project to another.

‘Not only farmers, labourers, but the middle class is also being cheated by Government,’ Gandhi Â said after meeting the home buyers. “I stand with not only farmers, tribals, poor, I’m standing shoulder to shoulder with home-buyers,’ Gandhi added.Â

Comparing the Modi-led government with the UPA regime, Gandhi said that there is a lack of transparency and that real estate was pro-buyer back then, now it’s pro-builder.

— #PappuCantWriteSala: RaGa at it again–

In an embarrassment to the Congress, Gandhi who visited the Nepal Embassy to pay condolences to those killed in the Apr 26 quake, was caught on camera copying text from his Blackberry mobile phone while writing on visitorâ€™s book of the building.

After paying condolences, the Gandhi scion, signed on the visitorâ€™s register where photographers clicked his pictures. Gandhi started writing on the visitorâ€™s register but furtively looked at his mobile to read the text which he wanted to copy. As he went ahead with copying the text on the register Gandhi pressed a button on the mobile to switch on its back-light to read the text again.

While there should be no reason to question Rahul’s intention at the embassy, and he could well have been copying from a note he had earlier typed on his cellphone, he couldÂ have been more cautious given that he is always hounded by cameras. Any slip up by him is fodder for social media trolls.