Home Music & Entertainment No â€˜Pikuâ€™ on TV for sometime 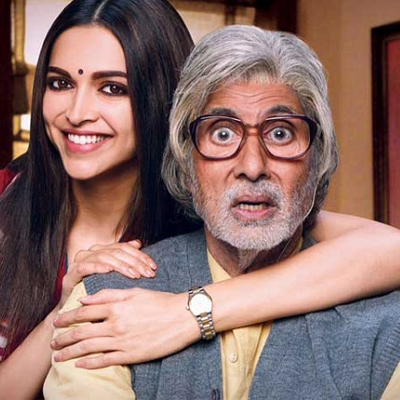 New Delhi: Amitabh-Bachchan starrer â€˜Piku â€“ Motion Se Hi Emotionâ€™ was fearing what a lot of other films would — being telecast on TV before hitting the big screens. However, in what could be termed as relief for the producers, Delhi High Court restrained websites and cable operators from streaming, broadcasting or providing online access to the film without permission.

The movie, which also stars Deepika Padukone as the titular protagonist and Irrfan Khan, is scheduled to be released onÂ May 8.

Justice Indermeet Kaur passed the interim order on the plea of the producers, saying if an ad-interim injunction is not granted irreparable damage may be caused to them.

The court also said the plaintiff, Multi Screen Media Private Ltd (MSM), has â€œmade out a prima facie caseâ€ for the grant of interim injunction in its favour.

It also issued notice to the defendants, which include internet service providers (ISPs), cable operators and websites, seeking their responses on MSMâ€™s plea before the next date of hearing onÂ July 31.

It directed ISPs, including Bharat Sanchar Nigam Ltd, Mahanagar Telephone Nigam Ltd, Bharti Airtel, Aircel Cellular, Idea Cellular, Reliance Communications and Tata Teleservices to block access to the infringing websites mentioned in the plea and those names that would be communicated in the future.

It also said ISPs would act within 24 hours of receiving information of infringing websites from MSM,

MSM, in its plea filed through TMT Law Practice, has sought protection from the court against piracy of its movie, directed by Shoojit Sircar, by the various websites and cable operators.