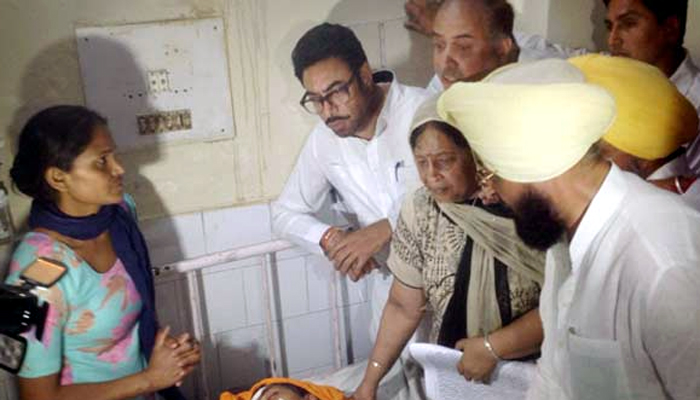 Moga: The relatives of the girl, who got killed after being molested and shoved off a moving bus owned by Punjab’s ruling Badal family, have refused to perform her last rites, two days after the incident, rejecting government compensation and demanding action against the owners of the vehicle.

The incident has provoked public outrage with opposition Congress and Aam Aadmi Party, besides farmers and rights groups taking to streets in Punjab and Delhi.

All attempts by the state authorities to persuade the bereaved family to cremate her proved futile when it rejected a compensation of Rs 20 lakh, a government job for her mother, who too was molested and pushed out of the bus, her free treatment and holding trial of the case in a fast track court.

The family is insisting that the owners of the bus, Orbit Aviation, be booked in connection with the offence and its road permits be cancelled, a demand vociferously supported by AAP.

A team of civil and police officials including DIG A S Chahal, SSP JS Khehra and Deputy Commissioner Parminder Singh Gill tried to convince the family of the deceased but in vain. The teenager’s father Sukhdev Singh, joined by some local residents, participated in the talks.

Congress and AAP joined the agitating family and activists staging a protest in front of the Moga civil hospital where the injured mother of the deceased is undergoing treatment. The bodyÂ of the girl is also lying in the mortuary there.