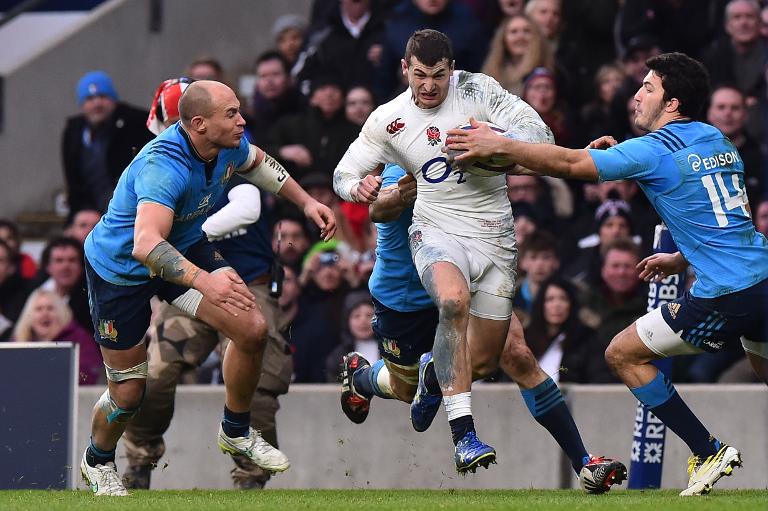 Jonny May gave England coach Stuart Lancaster a reminder of his skills after playing a key role in Gloucester’s 19-13 European Challenge Cup final win over Edinburgh.

May’s pace set up a try for Gloucester captain Billy Twelvetrees, the England centre, and he almost managed one of his own, with only a desperate tap-tackle by Edinburgh No 8 Cornell du Preez denying him a score.

May lost his England place to Jack Nowell during the Six Nations but Gloucester rugby director David Humphreys said he could still star for hosts England at this year’s World Cup.

“Everybody knows the ability Jonny has; the try he scored against the All Blacks in November summed him up.

“We probably as a team haven’t gotten him the ball as much as we would have liked throughout the course of the year.

“But you get him the ball and he’s the most dangerous runner in the Premiership.”

Gloucester surged into a 19-6 lead thanks to Twelvetrees’s try and 14 points from the boot of Scotland scrum-half Greig Laidlaw, playing against his former club.

But they then saw flanker Ross Moriarty sent to the sin bin before centre Bill Meakes was sent off for a high, off-the-ball, tackle on Sam Beard by French referee Jerome Garces 15 minutes from time.

Victory gave both Laidlaw and Humphreys a trophy to celebrate in their first season with Gloucester.

The Cherry and Whites now face a play-off with a Celtic League side next month, possibly Edinburgh, with the winners of that game facing the seventh-placed French Top 14 club for a spot in next season’s elite European Champions Cup.

“It’s a huge reward for this group of players,” said former Ireland fly-half Humphreys, with Gloucester currently ninth in the 12-team English Premiership.

“We were thrown together, 25 new players, a new coaching team, we were probably naive at the start of the year but this has given us a secondary route into Europe,” he added.

“We know we can compete with anybody.”

Edinburgh could again be Gloucester’s opponents in the play-off match and Mike Coman, the Scottish club’s captain, said: “If it happens that we play Gloucester in the play-offs that would be nice to get another shot at them.

Gloucester’s victory meant the only history Edinburgh made on Friday was in becoming the first Scottish club to reach, rather than win, any European final.

Defeat left Edinburgh boss Alan Solomons, once Humphreys’s coach at Ulster, thinking of what might have been.

“I think our big opportunity was at 19-13 when we pushed into their 22,” Solomons said.

“But they forced a turnover and that was a major factor,” added the South African.

“If we could have just kept the ball we had a great chance of scoring, but perhaps on balance they deserved their victory.”