Home World Many still missing in Nepal quake including 1000 Europeans 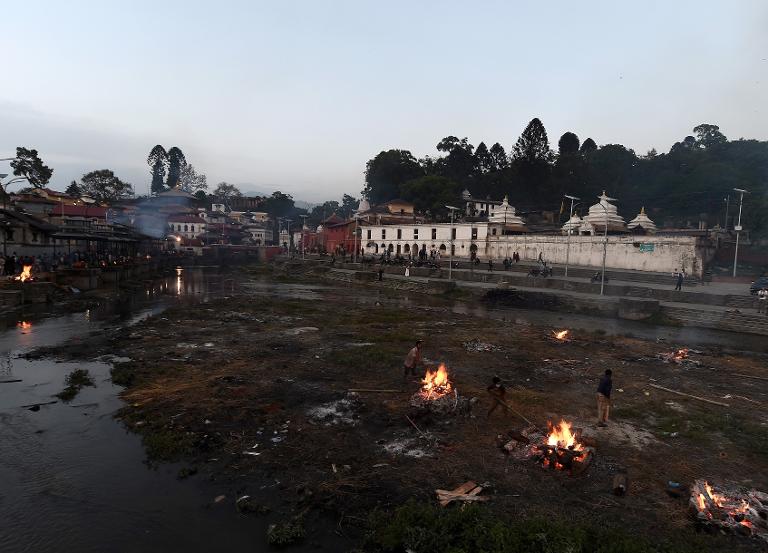 One thousand EU citizens are still unaccounted for in Himalayan Nepal, diplomats said Friday, almost a week after a massive earthquake that has claimed more than 6,300 lives and left survivors desperate for aid.

The Europeans had mostly been climbing in the avalanche-hit Everest region and trekking in the remote Langtang range near the epicentre of the quake that ripped up infrastructure and left tens of thousands homeless.

“They are missing but we don’t know what their status is,” EU ambassador to Nepal Rensje Teerink told reporters in the devastated capital Kathmandu, confirming that 12 EU citizens were also known to have died.

Another EU official said on condition of anonymity that the majority were likely to be found safe, but given the difficulty of the terrain and poor communications, their whereabouts were currently unknown.

Concern over the missing underscores the mammoth task facing rescue and relief teams struggling to reach mountainous districts cut off by Nepal’s deadliest quake in more than 80 years.

Desperate survivors living at ground zero have complained they felt abandoned to their fate after losing their loved ones and livelihoods in the disaster.

“The scale and devastation wreaked by the earthquake and the aftershocks would have challenged any government. The Nepal government is leading the response effort and has deployed its available resources,” UN aid chief Valerie Amos told reporters Friday.

While the rescue of two survivors reinvigorated the search for further signs of life in the ruins of Kathmandu, the Red Cross warned of “total devastation” in far-flung areas.

Six days on from the 7.8-magnitude quake, authorities put the number of dead in Nepal at 6,204 while around 100 more were killed in neighbouring India and China.

Eighteen were killed when a quake-triggered avalanche roared over Everest base camp where scores were gathered for the start of the climbing season.

The popular Langtang trekking route was also hit by an avalanche on Tuesday.

But the full extent of the destruction wrought by Saturday’s quake was still emerging, especially in the Sindhupalchowk region, northeast of Kathmandu, where the sense of desperation was mounting.

“One of our teams that returned from Chautara in Sindhupalchowk district reported that 90 percent of the homes are destroyed,” said Jagan Chapagain, Asia head of the International Federation of Red Cross and Red Crescent Societies.

“The hospital has collapsed, and people are digging through the rubble with their hands in the hope that they might find family members who are still alive.”

AFP journalists in another part of Sindhupalchowk saw utter devastation.

“Almost every house in my village is destroyed, and 20 people died. We lost our cattle and our sheep,” said Kumar Ghorasainee, amid the ruins of his hometown of Melamchi.

The 33-year-old English teacher said the school had collapsed and there was nowhere for the children to go.

“No one has come to help us — the cars and the aid trucks just drive by … How will we manage now?”

In Melamchi, shops and restaurants were closed and streets were mainly deserted.

In nearby rice-farming communities, almost all the houses had been so severely damaged that they were no longer habitable, and locals were sleeping in makeshift tents.

Although international relief organisers say the operation to reach rural areas is intensifying, people in Melamchi had received nothing.

“We see the helicopters, we see the planes, but no one stops here,” said 23-year-old farmer Shalik Ram Ghorasainee.

“We read the news about foreign aid… and we are hopeful. But in reality no one comes here, we are completely unknown,” he added.

Ghorasainee described how one Japanese aid team driving past his village had spotted a local man collapsed by the side of the road. They stopped to give him two painkillers, and then drove on, he said.

Rescuers from more than 20 countries have been searching for survivors, working alongside Nepalese emergency teams.

French, Norwegian and Israeli rescuers took part in a successful operation to extract a woman late Thursday from the ruins of a building in Kathmandu, close to where a 15-year-old had earlier been pulled to safety.

After spending 10 hours trying to free Krishna Khadka, the rescuers greeted her emergence from the rubble with whoops of joy. A doctor told AFP on Friday that she remains in intensive care.

The earlier rescue of 15-year-old Pemba Tamang, who told AFP that he stayed alive by eating a jar of ghee (clarified butter), was hailed as a miracle by medics who said he had suffered only cuts and bruises.

The rescues offered a rare respite from the grim reports mounting elsewhere, with locals in Gorkha district saying their misery was still being compounded by terrifying aftershocks.