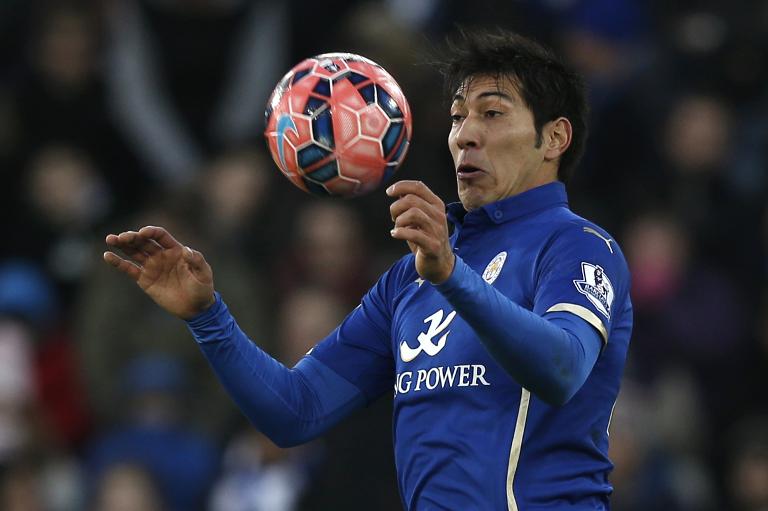 Leonardo Ulloa and Wes Morgan earned Leicester City a 3-0 victory over Newcastle United on Saturday, moving them closer to Premier League survival and hauling their opponents into danger.

John Carver’s Newcastle have now lost eight league matches in a row — the club’s worst run since 1977 — and are only one point above Leicester, who have won five out of their last six games.

To complete another thoroughly disappointing Newcastle performance, defenders Mike Williamson and Daryl Janmaat were both sent off in the second half for two bookable offences.

Leicester had gone into this match with the focus on manager Nigel Pearson after he hit the headlines for branding a journalist “an ostrich” immediately after Wednesday’s 3-1 defeat at home to Chelsea.

But despite that game appearing to take a lot out of Pearson’s players, his side went on to produce a high-octane start thanks largely to Newcastle’s poor kick-off at a boisterous King Power Stadium.

Ryan Taylor lost the ball straight from the start and Leicester forced an immediate corner that saw Ulloa head in from Marc Albrighton’s delivery with only 36 seconds on the clock.

It was the worst possible start for the out-of-form visitors and Leicester went close again when Ulloa’s diving header from Riyad Mahrez’s cross flew straight at visiting goalkeeper Tim Krul.

The chances continued to flow for the hosts, with Jamie Vardy firing at the Newcastle goalkeeper, and Pearson’s side did not have long to wait until they scored their second goal.

Again it came from a set-piece as Albrighton’s 17th-minute free kick gave the visitors all kinds of problems and enabled captain Morgan to stab home his second goal of the season.

Pearson’s response to both opening goals was muted, but his side had to go on the defensive to prevent any way back for Newcastle.

Emmanuel Riviere twice went close, first shooting wide on the turn from the edge of the area and then losing his footing when apparently clear on Kasper Schmeichel’s goal.

Jonas Gutierrez and Taylor both offered long-range efforts, the latter forcing Schmeichel into a save.

But Leicester rode that brief period of pressure and saw Matty James put in a cross that just missed the head of Esteban Cambiasso.

The game was up for the visitors within three minutes of the restart as referee Mike Dean’s eagle eye spotted a push from Riviere on Marcin Wasilewski at another Albrighton corner.

Ulloa confidently stepped up to convert the resulting penalty, slamming the ball high to Krul’s right.

Leicester were dominating and it seemed a question of how many they would score, with Albrighton slotting just wide and Krul producing stunning saves to thwart Vardy and then Ulloa.

With the game up, Newcastle lost their discipline. Williamson’s ugly late challenge on Vardy left Dean no choice but to produce a second yellow card and subsequent red with 26 minutes still remaining.

The visitors then went close to reducing the arrears when sub Siem de Jong’s shot from the edge of the area was pushed around the post by Schmeichel.

But Newcastle’s poor afternoon was complete when Janmaat was shown a second yellow card for a late tackle on Vardy.

It should have been 4-0, with Vardy missing a free header from right in front of goal, but that was no consolation for Carver’s side, who were booed off by the visiting fans.