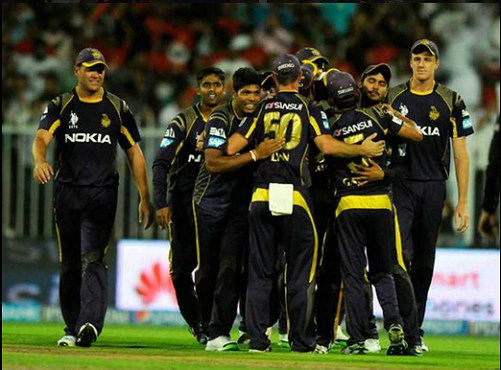 Bengaluru: Pumped up after a thrilling win over the smooth-sailingÂ Chennai Super Kings, defending champions Kolkata Knight Riders willÂ take on the resurgent Royal Challengers Bangalore in an IPL cricketÂ match in Bengaluru on Saturday.Â

With last night’s win,Â KKRÂ moved up a rung to the third position onÂ the points table with four wins, two losses and one abandoned match.

RCB, on the other hand, have won three and lost as many in seven gamesÂ and are on fourth position.

ForÂ KKR, the last-over win against CSK came as a massive shot in theÂ arm as they prepare to take on a rejuvenatedÂ RCB, who posted 200 runsÂ despite the failures of Kohli and West Indian swashbuckler ChrisÂ Gayle, against Rajasthan Royals.

Captain Gautam Gambhir lauded the power-packed innings of RobinÂ Uthappa and Andre Russell, which helpedÂ KKRÂ come back on track.

Uthappa cracked a match winning unbeaten 80 and stitched a superbÂ partnership for the fourth wicket along with Russell, who scored aÂ brilliant unbeaten 55 in no time.

Other batsmen, including Gambhir and Yusuf Pathan, have beenÂ inconsistent and bowling has been a bit patchy. However, AustralianÂ Chinaman bowler Brad Hogg has bolstered the bowling after he picked upÂ crucial wickets against CSK in the last match.

ForÂ RCB, it has been a mixed bag so far, recording three wins and as many loses.

But after a sedate start,Â RCBÂ returned to form with two consecutiveÂ away wins against Rajasthan in Ahmedabad and Delhi Daredevils at theÂ Feroz Shah Kotla.