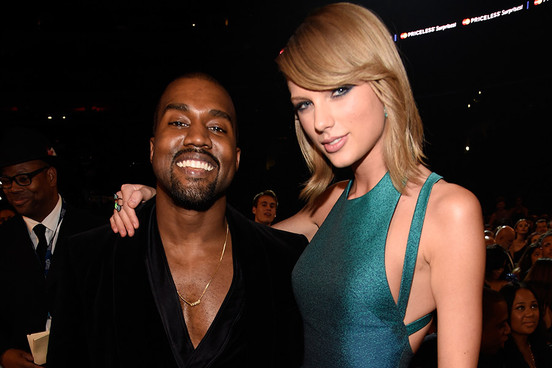 Los Angeles: RapperÂ Kanye West may have infamously interrupted Taylor Swift at the 2009 MTV VMAs, but now the rapper and pop star are looking forward to collaboration.Â

West first alluded to the possibility in February on On Air with Ryan Seacrest, and now Swift, 35, has weighed in.Â

“He’s very creative and… I think we’ve talked about it,” Swift said, adding “But we’ve also talked about so many other things.”Â

Asked if the collaboration will be a duet, the country star said, “We’ve never been in a studio together, but he’s got a lot of amazing ideas. He’s one of those people that’s just like idea, idea, idea … I completely respect him as a producer. So, that’s all I know now.