In US all presidents want their own temples | Newsmobile
Tuesday, June 28, 2022

Home World In US all presidents want their own temples 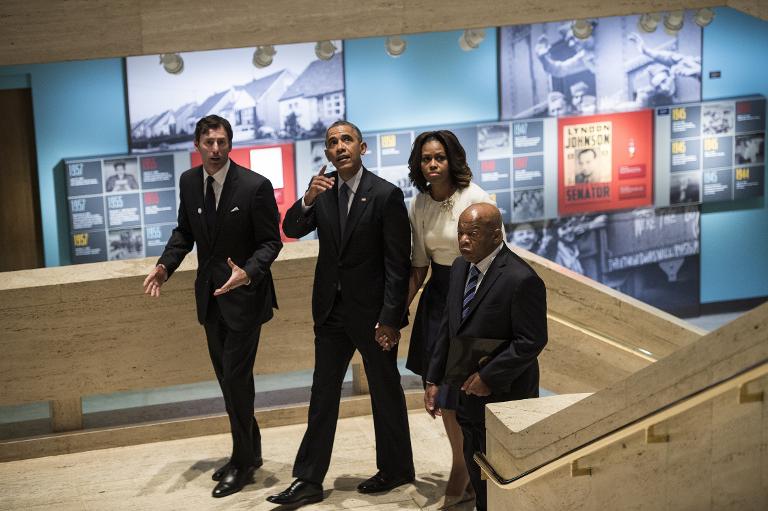 It’s not easy for a world leader to create a public image that will last long after he or she leaves office. But it’s a bit easier for American presidents.

Those who spend time living at 1600 Pennsylvania Avenue then have the privilege of setting up a presidential library, housing their papers for public study, coupled with a museum — all in an architectural monument to their glory years.

Often, these libraries are located in the president’s home state — Ronald Reagan’s is in Simi Valley, California; Bill Clinton’s is in Little Rock, Arkansas; and George W. Bush’s library, which was inaugurated in April 2013, is in Dallas, Texas.

Almost two years before he leaves office, Barack Obama seems to have settled on a spot, according to media reports: Chicago, where he launched his political career as a community organizer.

Franklin D. Roosevelt, who was president from 1933 until his death in 1945, launched the now time-honored library tradition as a way to preserve his archives for generations to come.

Historians, political nerds, tourists and the general public have long shown a strong interest in presidential libraries and their contents.

The Lyndon B. Johnson library in Austin, Texas has a veritable gold mine of files including hundreds of hours of recordings of telephone conversations.

When visitors pick up telephones attached to the wall, they can experience Johnson’s inimitable negotiating style, peppered with both threats and gentle cajoling as he persuades lawmakers and others to back his policy positions.

But these buildings are not just sterile reading rooms and warehouses containing untold reams of paper documents — they are museums of contemporary history and sometimes architectural gems as well.

And despite their stated aim of providing an impartial accounting of a president’s tenure, the libraries often morph into “shrines of spin,” according to Benjamin Hufbauer, a professor at the University of Louisville, Kentucky, who has written a book on the subject.

“Basically, there is a final campaign for a president to try to elect himself to a better place in history, and that’s what the presidential libraries and museums are ultimately all about,” Hufbauer told AFP.

“Like the pharaohs, the presidents get to literally construct their own monuments, starting while they are in office, as we are seeing, and thereafter,” Zimmerman said.

Shadowy moments in a presidency, controversies and straight-up mistakes rarely find their place in presidential libraries.

The Monica Lewinsky affair gets scant mention in Clinton’s library.

Some of the controversies of George W. Bush’s two terms, including the use of “enhanced interrogation techniques” — eventually called torture in a Senate report — only get a tiny mention in his library.

Over time, the most flagrant errors and omissions are addressed, Hufbauer said.

The Reagan library at first scarcely mentioned the Iran-contra scandal that saw secret arms sales to Iran to fund Nicaraguan rebel groups but now has accorded the issue a more prominent place.

Beyond what is — and what is not — put on display, presidential libraries also frequently draw controversy because of how they are funded.

A 1955 law established the general principle that a president — and his generous donors — pay for construction, while the federal government partially takes care of operating costs.

The private fundraising is not subject to any regulation and has sometimes drawn criticism, especially as it shines the light on the wider debate over the place of corporate donations in American political life.

Zimmerman recalled the controversy surrounding Clinton’s 2001 pardon of businessman Marc Rich, who had faced fraud charges but whose family had contributed to the construction of the Democrat’s library.

In an effort for transparency, the Obama Foundation has promised to make public all donations over $200 and not to accept foreign gifts.

For some, the very fact that the American taxpayer is paying to maintain presidential libraries is problematic.

“I have no problem with George W. Bush or Barack Obama trying to tell their own story, I just don’t see why the taxpayer should subsidize it,” Zimmerman said.

With the libraries spread out across the vast country, some people want all the presidential archives to be gathered in one, easily accessible location.

But it seems extremely unlikely that any future presidents would forfeit the opportunity to craft their own image for generations to come.