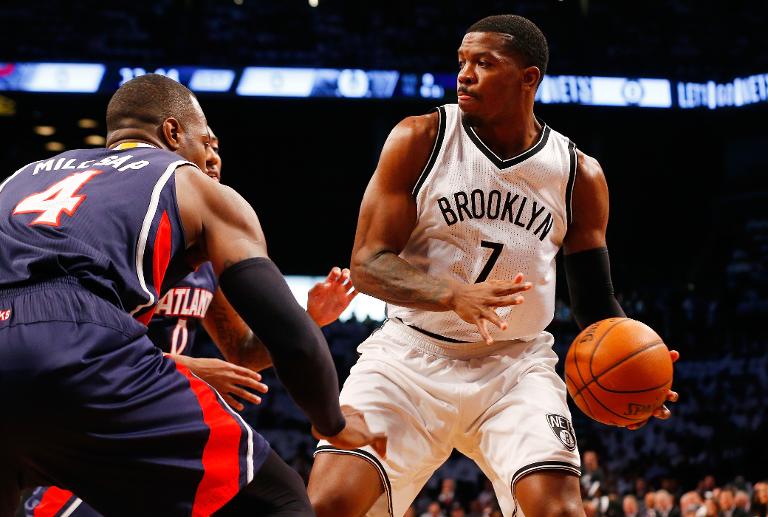 The top-seeded Atlanta Hawks romped past the Brooklyn Nets 111-87 to punch their ticket to the second round of the NBA playoffs.

The Hawks used a strong start to the second half to turn a slim lead at the interval into a blow-out, completing a four-games-to-two triumph over the Nets in their best-of-seven Eastern Conference first-round series.

“We believe,” Atlanta forward DeMarre Carroll said. “And we believe that when we are playing the right way, as you’ve seen tonight, we can beat anybody.”

Paul Millsap had 25 points, nine rebounds and six assists, Kyle Korver drained six three-pointers and scored 20 points to go with eight rebounds and Jeff Teague handed out 13 assists for Atlanta, who will face the Washington Wizards in the second round.

Atlanta will host game one on Sunday against a Wizards team that swept the Toronto Raptors in four games to advance.

The Hawks won three of their four regular-season games against Washington.

Atlanta stretched their six-point halftime lead to as many as 26 with a 23-3 scoring run to start the third quarter.

Korver connected on three of his long-range baskets during the surge, including a three-pointer that stretched Atlanta’s lead to 74-48.

The Hawks outscored the Nets 41-21 in the third period as they became the first team to win a road game in the series.