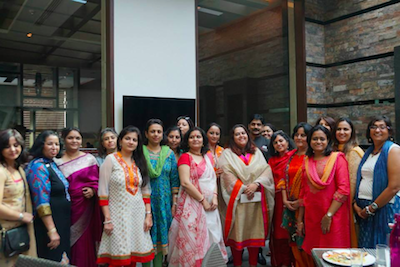 Gurgaon: The Millennium city moms are making a difference to the society, far away from Gurgaon Â when they heard the plight ofÂ 13-year-old Bhanu and his younger sister Vijayalakshmi who lived under constant fear of money lenders in Telangana’s Medak district.

A group of 60 women, known as “Gurgaon Moms”, Â offered to help the family by contributingÂ RsÂ 5,000 each, which would help the clear the entire debt ofÂ RsÂ three lakh. More such offers of assistance have poured in.

Their father a farmer, had borrowed but failed to repay. He hanged himself two months ago, after a failed crop and alleged threats subsequently from lenders of taking possession of his children as mortgage.

“There is nothing in the house, even to eat. But they are coming and putting a lot of pressure on us… We get scared. My sister and I go to pick cotton and get up toÂ Rs.Â 100 rupees a day. But that is only on some days, and that is not enough to repay debts,” Bhanu, who just completed Class 7, said. Orphaned – his mother died two years ago – the children have been forced to work in the fields so they don’t go hungry.

Their maternal grandmother, who came to stay with the children after their father’s death, said, “I am begging to feed my grandchildren. I am not young or healthy to get work and feed them.”

With pressure mounting to repay theÂ RsÂ 3 lakh debt, she is worried that she may not be able to stop the children from becoming bonded labour.

“Unless the government helps, what can I do? I may be forced to pledge them to the lenders, so that at least some loan is adjusted and repaid,” she said.

Her eldest grandson, Bhaskar, is in his second year in junior college and needs to be a graduate to be able to find a job to support the family.Â  These Moms have made a difference to the lives of these kids and hopefully many more will join to help the kids who live under constant fear in telling circumstances.