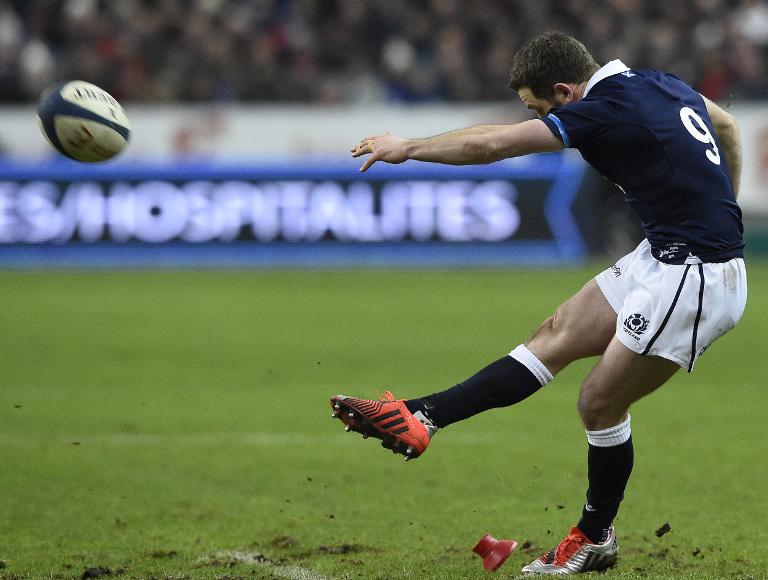 Gloucester overcame the sending off of centre Bill Meakes to beat Edinburgh 19-13 in the European Challenge Cup final at The Stoop on Friday.

The Cherry and Whites were in command at 19-6 up in the 64th minute when French referee Jerome Garces, dismissed Meakes after replays showed he had caught Sam Beard with a high, off the ball, tackle.

Gloucester were briefly down to 13 men, with Ross Moriarty already in the sin-bin, and Edinburgh, laying siege to the English club’s line, saw Scotland hooker Ross Ford plunge under the posts for a converted try.

Gloucester’s victory gave them their first trophy since the 2011 Anglo-Welsh Cup and was their second Challenge Cup success after they beat London Irish in another Stoop final eight years ago.

“Down to 14 men, Edinburgh had a bit of momentum but Twelvetrees and Laidlaw made good decisions and kept the ball and really didn’t give Edinburgh a chance,” said Gloucester director of rugby David Humphreys after a victory that gave him silverware in his first season in charge of the club.

The result left Edinburgh boss Alan Solomons, once former Ireland fly-half Humphreys’ coach at Ulster, thinking of what might have been.

“In the first half we needed to get on top and we didn’t do that,” said Solomons.

Gloucester are now set to go into a play-off with a Celtic League side next month, possibly against Edinburgh, with the winners of that game facing the seventh-placed French Top 14 club for a spot in next season’s elite European Champions Cup.

Edinburgh, who thrashed Newport Gwent Dragons 45-16 in the semi-final, took an early lead when scrum-half Sam Hidalgo-Clyne, vying to take the Scotland No 9 shirt off Laidlaw, kicked a penalty before his Gloucester counterpart responded in kind.

The only try of the first half came in the 11th minute.

Former England lock Tom Palmer won a line-out on half-way and a well-timed pass from fly-half James Hook saw the Wales exile release England’s Jonny May, the man-of-the-match, on the runaround.

The wing then delivered an excellent pass to Twelvetrees that allowed the England centre to run in under the posts from 20 yards out.

Gloucester, who beat west country rivals Exeter 30-19 in the semi-finals, almost had a second try when another scything run by May ended with him being tap-tackled just short of the line by Edinburgh No 8 Cornell du Preez.

May’s pass didn’t go to han and Edinburgh lock Anton Bresler was sin-binned by Garces for killing the ball.

Gloucester took several scrum penalties from five metres out yet Edinburgh, down to 14 men, held out.

Indeed the 10 minutes when Bresler was off the field saw Edinburgh ‘win’ 3-0, with Hidalgo-Clyne kicking another penalty in the 34th minute, only for Laidlaw to hit back almost immediately from the re-start.

On the stroke of half-time, Hidalgo-Clyne’s third penalty, from way out on the left, was off target and Gloucester led 13-6 at the interval.

By contrast Laidlaw gave Gloucester a 10-point advantage early in the second half.

And in the 52nd minute, Laidlaw landed a huge penalty from half-way to leave Gloucester on top at 19-6.

Gloucester, however, were down to 14 men in the 56th minute when Moriarty was sent to the sin-bin for appearing to knee Edinburgh replacement Fraser McKenzie.

But they forced a late turnover and kept possession, making Laidlaw’s penalty miss with the final kick of the game merely the cue for Gloucester celebrations.