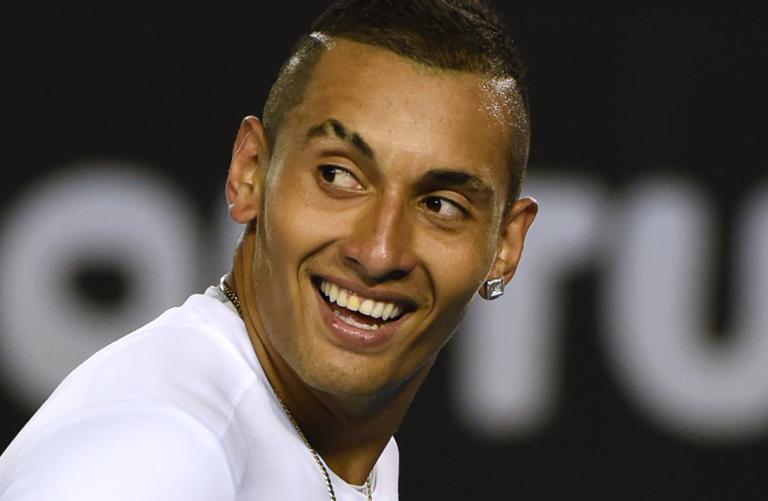 Injury comeback kings Richard Gasquet and Nick Kyrgios defeated dangerous quarter-final opponents in straight sets to move into the semi-finals of the Estoril Open on Friday.

Fifth seed Gasquet, a two-time finalist who has been dealing with a back injury, came from 2-5 down in the second set for a 6-1, 7-6 (7/4) defeat of Spaniard Nicolas Almagro.

Kyrgios missed six weeks of the season after injuring an ankle in mid-March at Indian Wells.

Garcia-Lopez put out teenaged Croatian Borna Coric 6-3, 7-6 (7/4), rallying from a 5-1 deficit in the second set — and saving four set points — after winning the first.

Gasquet was pleased to get past Almagro, one of seven active players with 200 claycourt career wins.

“It’s always a a battle with him,” said the 28th-ranked Gasquet.

“He’s physically strong and doesn’t miss much. He is one of the best on clay.

“I’ve said all week it’s too early to speak of the final, I have another tough match to play. We will see what will happen.

“My back has been improving all week and I’m serving and playing with more confidence.”

Kyrgios, ranked 46th, will next play Pablo Carreno Busta for a spot in the Sunday title match.

The clay-courting Spaniard put out Luxembourg’s eighth seed Gilles Muller 6-2, 6-4 in his quarter-final.

Kyrgios has played quarter-finals at Wimbledon and at the Australian Open but has never been able to connect on his big game at smaller ATP World Tour events.

“I felt very confident, I moved well and served well, I’m very happy with my game right now,” he said.

“I was solid and feel like I’m improving with each match.”

But Kyrgios warned: “I’m certainly not the favourite against Pablo Carreno Busta. He was born and grew up playing on clay and loves these conditions. It will be very tough for me.”

The Australian, who nearly got defaulted in his opening match for firing a ball in anger out of the small club stadium, kept his nerves in check in his latest victory.

Kyrgios quickly bounced back from an early break to level at 2-2 in the first set, then broke for 4-2 and closed out the set in less than half an hour.

In the second, he broke midway through and eventually finished up the winner on his first match point.

Kyrgios was competing in only his third career Tour level quarter-final.