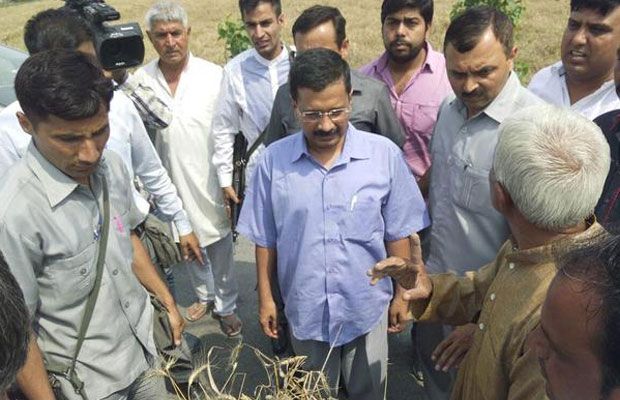 New Delhi:Â Farmers who have suffered crop losses of 70% or more in the recent unseasonal rains and hailstorms in Delhi will get compensation to the tune of Rs 20,000 per acre while those with less damage will be entitled to Rs 14,000 per acre.

This was decided at a cabinet meeting, chaired by Chief Minister Arvind Kejriwal, in Delhi on Friday.

According to the formula for cheque distribution, two slabs are there for distribution of compensation to farmers.

“Tehsildars will start distributing cheques to farmers in their respective areas from May 8 this month,” a senior government official said.

Last month during a farmers’ rally in Mundka, Kejriwal had announced a compensation of Rs 20,000 per acre of damaged crops and said his government would stand firmly behind the peasants.

Kejriwal had said it was the “highest ever” compensation given to farmers by any state government and asked why can’t governments in other states, where farmers are committing suicide, do the same.